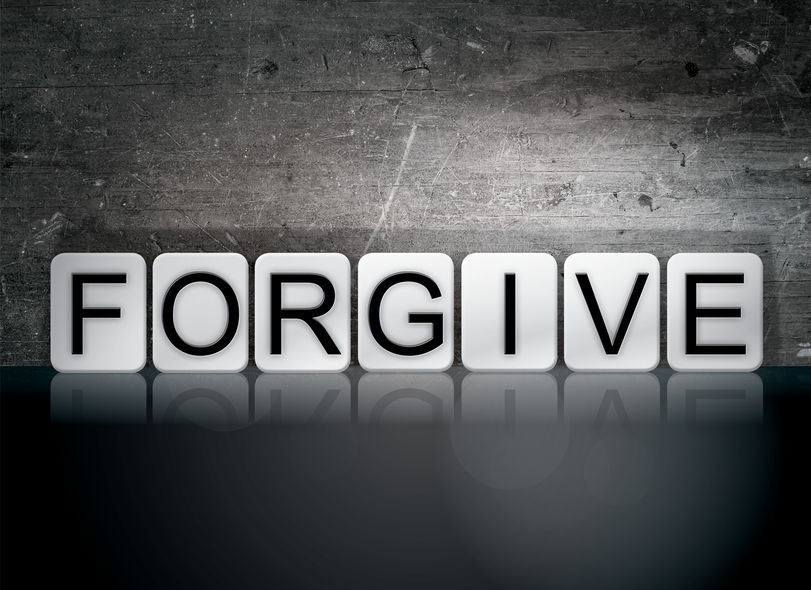 Our forgiveness of others is based on what God has done for us, not what others have done to us. Mature believers don’t wait for others to come to them and ask for forgiveness. Jesus said, “Blessed are the peacemakers” (Matt. 5:9). The way to keep the peace is by constantly making peace. Mastering the art of forgiveness means habitually practicing the pattern of forgiveness.

Immature believers sulk and sour when offended. Their entrance into a room immediately brings the temperature down. Mature people take the initiative by quickly making amends. They are eager to put things right when things have gone wrong.

Hurt is proportional to intimacy. The closer we are to someone, the more the offense stings. That’s why family members can hurt us worse than anyone else.

When we are hurt, we either cover the pain or confront the problem. To cover is to ignore the hurt or leave it unchallenged. To confront is really to “carefront”—to care enough to deal with the problem. Any hurt that we do not deal with will warp into bitterness. Peter said, “Lord, how oft shall my brother sin against me, and I forgive him? till seven times? Jesus saith unto him, I say not unto thee, Until seven times: but, Until seventy times seven” (Matt. 18:21–22). “Seventy times seven” may not be talking about separate offenses. It could refer to the same offense repeatedly coming to mind. When offenses pop up in our minds, we have to reaffirm our forgiveness. We must repeat this as often as the hurt resurfaces.

Failure to perform maintenance on our automobiles will cause mechanical problems. Similarly, failure to practice routine forgiveness in our homes will cause all kinds of problems.

Forgiveness is not an emotion; it is a decision. Forgiveness is not a feeling; it is a choice. We are not hostages to our emotions unless we allow ourselves to be. Forgiving is an act of our wills, not a warm fuzzy in our hearts. We are obligated to forgive, even if we don’t feel like forgiving. We can do the right thing whether our emotions agree or not.

Forgiveness is not forgetting. Have you heard it said, “If you don’t forget a matter, you really did not forgive?” Sounds spiritual, doesn’t it? But that is dead wrong! We humans do not have the capacity to willfully forget. We cannot blot unpleasant memories out of our minds. It would be great if we had the ability to bundle all our hurts and offenses into a single file, click and drag to the desktop trashcan, and hit the “delete” button. But we cannot erase unwanted memories. Only God has the capacity to willfully forget. He said, “I will be merciful to their unrighteousness, and their sins and their iniquities will I remember no more” (Heb. 8:12). God chooses not to remember. While we can choose not to dwell on our reoccurring thoughts, we cannot erase these incidents from our memory banks.

At Calvary Jesus absorbed our liabilities and released us from the consequences of our debt of treason against the Creator. Forgiveness always involves suffering on behalf of an offender. Instead of meting out punishment on the offender, the forgiving party absorbs the hurt and pardons the guilty. When we forgive others, we are releasing them from the burden of paying us back. They are free—released. They owe us nothing. We wash our hands, back away, and leave the matter between God and them. If we don’t forgive, however, we relive our experiences over and over again.

One lady wrote to me, “I was only able to attend the meetings twice this week, having recently hurt my back. But I was there on the night when you preached on the debtors’ prison. I released my husband of thirty-eight years that night.” Releasing a debt is like letting someone out of prison. As children of God, we have the power to forgive unfaithfulness in marriage, abusive speech, prodigal children, and all sorts of hurts. 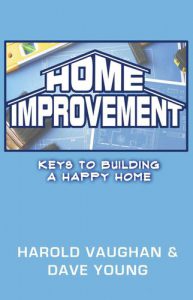 This chapter is taken from our book “Home Improvement- Keys To Building A Happy Home“. CLICK HERE to learn more about this book and to place your order.