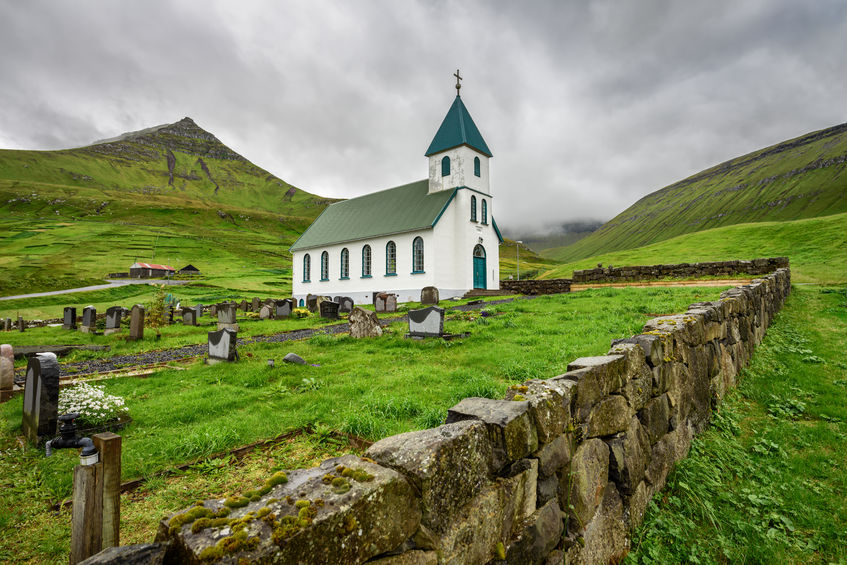 Our local Kmart no longer exist. Before closing its doors, it looked the same as it did thirty years ago. Both the building and the “Blue Light Specials” remained unaltered. They sold the same stuff, displayed in the same way, and in the same places just like it was “back when.” They failed to adapt to the changing times and consequently suffered steady decline. They failed to modernize their procedures and customers looked elsewhere.

Scores of churches are locked into a mentality of ineffectiveness. Most appeal to only one segment of the population like “seniors”, a single socio-economic sector, or some niche group. Conversions are rare. They blame “changing times” or the “last days” or the “Laodicean church-age” for the shrinkage. A HUGE number of these churches will atrophy out of existence over the next two decades. Many pastors are functioning as maintenance men who are willing to manage the demise in exchange for a weekly paycheck. Instead of future vision, their focus is retro-vision—they look back instead of forward.

An ingrown church does not reach into the surrounding culture. Many conservative congregations tend to attract only one segment of people: laid-back, Caucasian Republicans! Some churches have apparently given up on connecting with young people, and young couples. Rare is the conservative church who reaches out to millennials, even those in college towns. The fear of man restrains all strategizing and innovation. It’s amazing to me that those who once fiercely opposed ritualism have become the most ardently “ritualistic.” The emphasis is on form, rather than fire and force. Paul warns us about a ‘form of godliness without power’ (2 Tim. 3:5).

Paul also spoke about being all things to all men in order to evangelize them. He said, “To the weak became I as weak, that I might gain the weak: I am made all things to all men, that I might by all means save some” (1 Cor. 9:22). He related to people as they were in order to gain a hearing for the gospel. Instead of relating to people where they are, ingrown churches require people relate to them—their style-preferences. Attending some church services is like entering a time warp. Everything is dated. The atmosphere and facilities are stale. I’ve been places where brochures for conferences held five years prior are still on the display table! Freshness and vitality are not part of the program. Instead of receiving a living word from heaven; hearers often endure a rehearsal of pet peeves, mantras, pet doctrines, and stuff that only the “old-guard” can understand. Is it any wonder that museum-like churches are dying out? So what are the characteristics of these Kmart congregations?

Dying movements circle the wagons. Instead of advancing, they retreat further back into irrelevance. The pioneering spirit is lost and replaced by a self-justifying outlook. Repeatedly they imply, “We’re right!” And the proof that they have it right is that they are few in number! How sad when “fruitlessness” is equated with “faithfulness.” A dying movement thinks any church which is thriving must be compromising! Adherence to the techniques of former “glory days” is touted as the mark of fidelity. The rallying cry—“We’re not going to change…” This is the only time an “Amen” is heard in these congregations. Defining one’s identity in negative terms is equivalent to an ecclesiastical death rattle. It signals that the plunge into the death spiral is well under way. Defensiveness and defeatism do not inspire, or promote, fruitfulness.

SO WHAT ARE THE OPTIONS?

Should we start new churches? Or how do we revitalize existing churches? We’re overdue to lay the entire program at Jesus’ feet. Limiting beliefs must be examined. A man must live by his convictions and conscience, but every man needs courage to examine his convictions. Are the things that immobilize us really Bible-based absolutes, or merely style-biases, cultural preferences, and tradition?

Continuing on the current trajectory will produce similar results. The following questions must be asked…

Are we willing to inquire of God, or blindly plod on with business as usual? Don’t read into this. I am not recommending change for the sake of change. The ESSENTIALS never vary, but our strategy to connect with people requires flexibility. We must intentionally seek God and implement His directives in our unique situations. Missionaries study the culture they are called to reach, and bring the gospel to them. Our presentation of unchanging Truth must be made in understandable terms, and in power! Failure here guarantees that our effectiveness is over.

Adaptability is not only the key to survival; it is also of paramount importance for spiritual vitality. Only a life-giving church will see people saved and changed. God’s ways and works vary from place to place according to the shifting seasons. Instead of demanding that God conform to our way of doing things, we must stay humble and direct-able for the next stage of the journey.

Pastor Joe Shakour speaks to the need for change, “It’s more than imitating the Big Box Churches and sanitizing their ideas. It’s seeking His Will for His people. A congregation will follow when vision is cast with clear leading from the Word. A congregation will fight and fail if we just exchange one set of preferences for another.”

The Kmart Corporation made decisions which led to its demise. If your church has plateaued or is declining, then boldly approach God with those three questions. The LORD of the church knows what you should do in your current environment. So why not ask Him, listen, and FOLLOW His lead?

Note: CHURCH REVITALIZATION DAY is scheduled May 5 in Kernersville, N.C. Pastor Dan Hawtree and Pastor Joe Shakour will be speaking on the key ingredients for Church Revitalization. Both took over declining churches, and have seen amazing turnarounds. They will be sharing the practical steps to breathe life into dying churches. Nathan Tabor will be sharing insights into utilizing media to reach people.