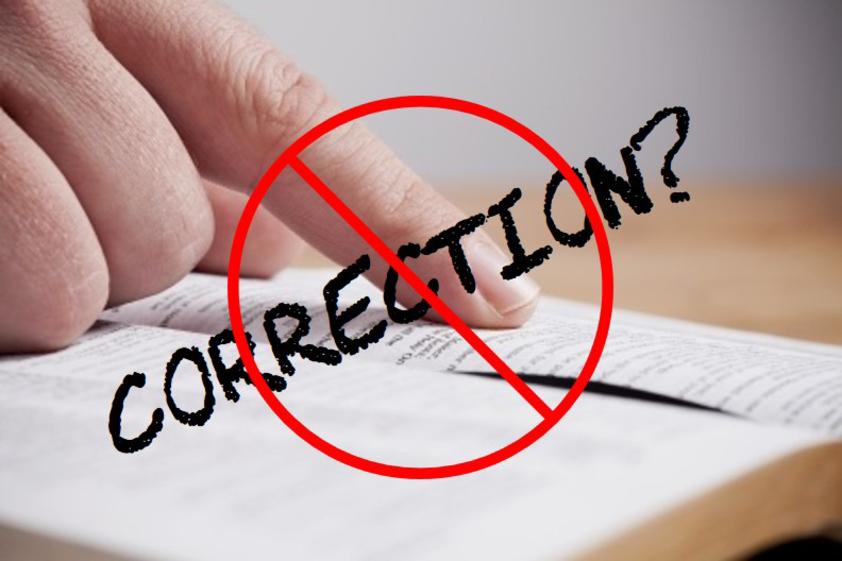 Prophets were emergency men who spoke the heart of God into the people of God. In scripture, “prophesy” has two meanings: fore-telling the future, and forth-telling (speaking) into the present. Scripture states clearly, “Despise not prophesyings” (1 Thes. 5:20).

A Bible Institute graduate thinks requiring students to have a devotional time is “legalistic.”

Any discipline, or behavioral restrictions,  are considered by many as “legalism.”

Any discipline, or behavioral restrictions, are considered by many as “legalism.”

Old Testament prophets spoke to Israel about their sins. Anyone remotely familiar with the Bible knows it often speaks corrective words through the many letters found in the New Testament. And here in plain English it tells us not to despise these restorative admonitions—”DESPISE NOT PROPHESYING.”

Is it just me, or is there is a widespread hatred of correction—an utter rejection of holiness? Rare is the church that practices church discipline. Churches are more like “clubs” than congregations. The modern “gospel” emphasizes only benefits, without requirements. I heard a pastor sheepishly apologize ten times before bringing a needed corrective statement in his Father’s Day message. He seemed pained and embarrassed even to state a simple, scriptural command.

The “ALL-GRACE” ministry approach is a denial and rejection of the holiness of God. Jesus Himself noted Israel’s disdain for the prophetic voice—

“It cannot be that a prophet perish out of Jerusalem” (Luke 13:33). Even a “weeping prophet” like Jeremiah had to be imprisoned.

So this New Testament admonition was relevant both when written, and certainly now. Every church needs a “prophetic word” now and then. Even if some of the old timers were imbalanced on the “hard-line” side, the appalling refusal to “reprove” is no better. Balanced preaching appears to be nearly impossible to maintain.

Silencing the prophet’s voice will kill the “fear of God” in a congregation. By the way, God’s “love” did not prevent His striking Ananias and Sapphira dead for lying (Acts 5). Eliminate the corrective bite and the vision of God is distorted.

So here’s the message for the “pajama boy” saints and shepherds—DON’T DESPISE PROPHESYING. Get beyond your style preferences. Pay more attention to the payload than the package. Pointed preaching and conviction still have a place in the church. No one is condoning a bullying ministry, but preaching against sin is NOT legalism—it is commanded (2 Tim. 4:2). Instruct and exhort, but stop despising the voice of prophesy in this self-absorbed generation.