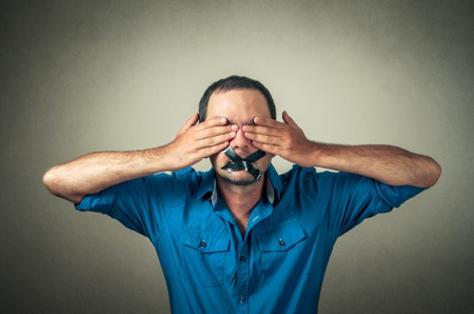 The second type of preaching can scarcely be found in any pulpit. But this was precisely the ministry given to the weeping prophet. Note carefully God’s commission to Jeremiah…
“Then the LORD put forth his hand, and touched my mouth. And the LORD said unto me, Behold, I have put my words in thy mouth. See, I have this day set thee over the nations and over the kingdoms, to root out, and to pull down, and to destroy, and to throw down, to build, and to plant” (Jer. 1:9-10).

Overreaction to former excesses, whether real or imagined, has neutered the American pulpit. The most egregious compromises are glossed over without even a whimper of concern. Adulteries, crookedness, glaring error, and even sodomy find no rebuke; much less scriptural discipline in “good” respectable churches. I am not talking about apostate denominations who sanction depravity. I am speaking about professed “conservative” congregations that are so tainted by pride and our corrupt culture that the shepherds cannot bring themselves to offer a corrective word, much less a serious call to repentance.

God ordained Jeremiah a prophet to the nations. He was sent by God to “root out”, “pull down”, “destroy”, and “throw down”. Can you imagine any of today’s innovative, church growth gurus offering workshops on dismantling iniquity and thwarting the progress of sin within the Christian church? Never! Any move toward holiness would be met with charges of legalism and spiritual barbarianism.

Failure to confront sin and call God’s people to holiness has produced a second, and now a third generation, of former unbelieving church goers. Scores of children who grew up in church no longer believe anything. Orthodoxy without the power of the Holy Spirit is the breeding ground for atheism. Removing the corrective bite from sermons has eliminated the fear of God. I am all for “grace”, but teaching that waters down Godliness is not the “gospel of grace.”  Titus chapter two states, “For the grace of God that bringeth salvation hath appeared to all men, Teaching us that, denying ungodliness and worldly lusts, we should live soberly, righteously, and godly, in this present world” (verses 11-12). Today’s “gospel” is so one-sided and man-centered that it soothes the soul, but never convicts the conscience. Those who respond to the Christian message now-a-days are coming for the “goodies”, not to escape their sin! What good is it to announce how many professions of faith a ministry has, if nobody follows through in discipleship? The emperor has no clothes, and there is an unwillingness to address it.

After the commission to root out, pull down, destroy, and throw down; God further instructed Jeremiah to “build” and “plant”. Jeremiah could not build or plant without demolishing the faulty foundations first, and neither can we. Today’s wet noodle, monotone teachers are appalled by pointed preaching. How come they are not appalled by the fact that most churches are in decline? When the glory departs, the people eventually depart as well. If God does not attend a church, why should anyone else attend? Most churches are on life-support. Where is the zeal for the Lord God of hosts? Where is the holy jealousy for the name of God? Where is the heart-cry and burden for the glory of God that marked previous generations?

How is it that every group can list the faults in other groups, but never among their own crowd? Blinded by bias, the card-carrying union-shop adherents refuse to address sin in their own camp. Let’s be honest, every group has warts. The fear of man has silenced the prophetic voice. Notice this admonition, “Preach the word; be instant in season, out of season; reprove, rebuke, exhort with all longsuffering and doctrine” (2 Tim. 4:2). So-called preaching that never reproves or rebukes is not preaching in the biblical sense. You can pack an auditorium on Sunday morning with warm bodies, but if no one has a hot heart, what’s the purpose?

The prophetic voice has been largely silenced. I know of a church that hired a “minister of sports” to organize their soft-ball teams. Put it down, soft-ball preaching is responsible for the non-sense that passes for Christian ministry in our country.

The prophet’s mantle has been locked away in the closet for way too long. May God embolden a new generation of Jeremiah’s to root out, pull down, destroy, and throw down. Then they can build and plant congregations that are worthy of Christ’s blood. Enough of whitewashing sin. We need preaching that “moves” people toward heaven and washes sin white through the Savior’s atoning sacrifice!