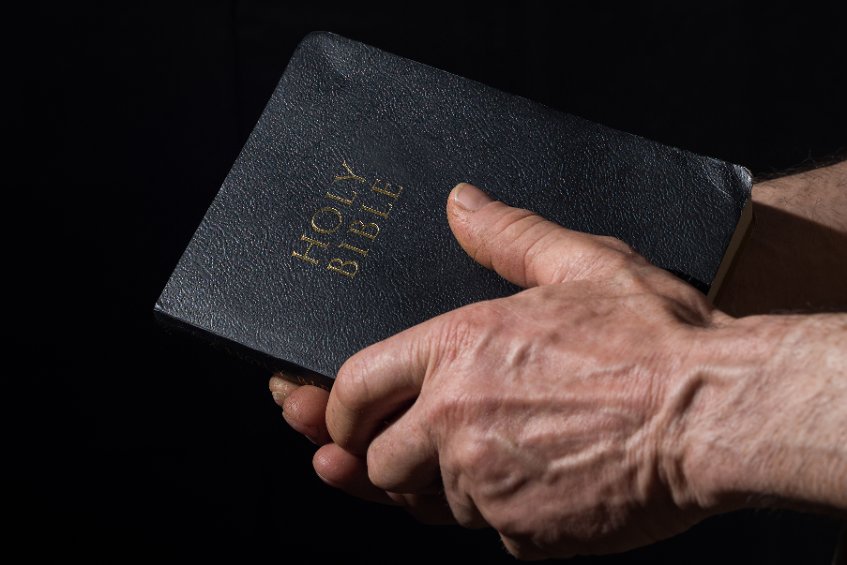 Genesis is the book of beginnings. Everything we see in our world today had its origin “in the beginning”. The Creator fashioned the heavens and the earth. Then He brought forth all creatures, both great and small. Next he formed man out of the dust of earth, and breathed into him the breath of life. Adam was the crown jewel of creation. God designed him as a “male”… with specific functions.

Our culture has declared war on the Originator’s plan. Role-reversal, and role-erasure has accelerated to warp speed. Deviancy has been dumbed down to the point where the abnormal has been normalized; the illegal has been legalized; the unjustifiable has been justified; and the unrighteousness is touted as virtuous.

For decades there has been a relentless stripping of decency and morality. This “transforming of America” was intentional, and unhappily scores of churches have gone along with the descent into the abyss and have lost their effectiveness. When it comes to preserving moral landmarks, savorless salt is worthless.

For way too long many congregations have neglected the men. The reason men hate going to church may be due to the fact that womanly virtues are esteemed and manly virtues are debunked. Most churches have programs for everybody except the men. I am all for reaching children, teens, addicts, and women; but should we not target the men?

The book of Genesis is clear about the Masculine Mandate. God called men to function as laborers, lovers, and leaders.

“And the LORD God took the man, and put him into the garden of Eden to dress it and to keep it” (Gen. 2:15). Adam was the designated manager of Eden. The Designer assigned him duties. He was charged with work. Discipline and diligence were required to oversee the cultivation of the Garden.

Able-bodied men should be required to work. Laziness has become a “right.” People want to be paid for doing nothing. Countless federal programs promote irresponsibility. During the Covid epidemic people made more money by doing nothing than they would if they had been working. Our leaders paid out trillions by printing money.

The government has ruined countless communities with giveaway’s that relieve men of their God-given obligations. Men routinely impregnate women and then do nothing to provide for their offspring. Instead of giving an ecclesiastical pass to these delinquents churches should be instructing and equipping men to be men to work hard to take care of their families. It’s about time for dads to identify as “fathers” and care for their families.

When shepherds let things slide instead of properly addressing issues, the churches decline. I heard a pastor apologize nine times before bringing a mild word of correction in his Father’s Day message. But Paul charged Timothy to “reprove and rebuke” in addition to teaching and exhorting (see 2 Tim. 4:2). Unspeakable dishonor to God’s name has been tolerated under the guise of so-called “grace teaching.” Accountability and responsibility are part of the gospel message and practice.

The point here is that men need to be challenged to manage their “garden.” A man is responsible to oversee and provide for his house-hold. Not only financially, but in every way. It is a full-time job to meet the needs of a wife and children. Families have spiritual and emotional needs. Hard work is required to fulfill the masculine mandate as a Laborer.

The foundational mandate for men is to love God first, and then their wives. Notice God’s first command to Adam. “And the LORD God commanded the man, saying, Of every tree of the garden thou mayest freely eat: But of the tree of the knowledge of good and evil, thou shalt not eat of it: for in the day that thou eatest thereof thou shalt surely die” (Gen. 2:16-17). God ordered the first couple not to partake of the forbidden tree. This decree carried a strong warning of immediate death,should they not obey. Disobedience was, and still is, very serious.

The proof of love is obedience. Jesus said, “If ye love me, keep my commandments” (John 14:15). Obedience is the only way to demonstrate loving devotion to the Lord. The mandate of loving God is valid at all times and in every dispensation. The mark of Godly men is their non-deviating, self-sacrificing love for the Savior.

By disobeying God’s command, Adam and Eve were guilty of treason against the majesty of God. Noncompliance to the Creator’s dictates equals rebellion. This dishonoring of the Lord through willful defiance brought swift and devastating consequences. Paradise was lost for Adam, and his descendants.

Lovers of God? YES. But the Masculine Mandate calls men to Love their wives as well. Note these inspired words, “It is not good that the man should be alone; I will make him an help meet for him” (Gen. 2:18). Eve was a companion and a helper. Twice in the New Testament husbands are told—“Love your wives…”(Eph. 5:25, Col. 3:19). The man who loves his wife will protect and provide for her.

​    The first couple were a team—members one of another. “Therefore shall a man leave his father and his mother, and shall cleave unto his wife: and they shall be one flesh” (Gen. 2:24). From the dawn of time, God ordained marriage as the act when partners leave their parents and cleave to their mates. The union is physical, emotional, mental, and spiritual. Matrimony stands for solidarity, cohesion, and togetherness. And the binding factor is love. God intends marriage to be pro-creative, permanent, pleasurable, and a picture of Christ and His church (see Eph. 5:22).

Biblical masculinity is neither toxic nor timid. Godly men are not macho-jerks who act like animals, or tyrants. They have learned to exhibit controlled strength through the Spirit’s power. Manly men are gentle… and they are gentleman; but they aren’t fearful, tentative, or timid. They are not limp-wristed pacifists. They are bold and decisive. They have chosen the Master’s template by which to model their lives.

Note this passage… “The LORD God caused a deep sleep to fall upon Adam, and he slept: and he took one of his ribs, and closed up the flesh instead thereof; And the rib, which the LORD God had taken from man, made he a woman, and brought her unto the man. And Adam said, This is now bone of my bones, and flesh of my flesh: she shall be called Woman, because she was taken out of Man” (Gen. 2:21-23). The first man was created by God, and the first woman came out of the man. I believe this is significant. God breathed the breath of life into Adam, and from Adam’s side came Eve. Men and women are equal in significance, but different in function.

Paul wrote, “For the husband is the head of the wife, even as Christ is the head of the church” (Eph. 5:23). Scripture is clear about male leadership in the home and church. Manly men lead their families. Our culture has repudiated God’s design for the home, but followers of the Lamb are bound to the scriptural blueprint. Though compromise and corruption are prevalent, the Masculine Mandate is still in effect.

Men are called to lead. However, defeated cultures have rejected the Masculine Mandate. Men in declining civilizations act like savages, or sissies. Consequently, the family is devalued and destroyed. Divorce and desertion have become the norm in many evangelical churches. For the most part, American Christianity is not producing strong, manly men.

Made in the image of God, godly men are creative and aggressive. They employ initiative which compels them to fulfill their God-ordained assignments as husbands and fathers. We have only a brief window to train our children, and we had better be teaching our boys to be men before the world teaches them to be women.There’s more to biblical manhood than knowing which restroom to use. And there is more to fatherhood than the initial act of procreation. Our generation needs PLAIN TALK about fatherhood and manhood.

Dependency upon the government’s welfare state has wrecked families. Instead of getting married, couples choose to shack up in order to qualify for the “freebies.” Or more often, people avoid moral responsibility and just “hook up.” Liberal government policies incentivize immoral behavior. The benefits increase according to the number of children born out of wedlock. “Thou shalt not commit adultery” is still in the Bible. There will be a day of reckoning at the judgment seat. But how much better to get our houses in order NOW!

Today men are bombarded with negative and hostile messaging against robust masculinity. Most grew up in homes where fathers did not provide strong leadership. It’s high time to major on building men to build godly families.

I believe there is a growing hunger among men to embrace biblical masculinity. In the last two Men’s Conferences where I have spoken there has been vigorous discussion during the Man-Talk sessions on masculinity. In the midst of overwhelming moral confusion, men in churches are eager to hear what the Bible teaches. We must take extraordinary steps to develop “church-men.” God wants to use us to grow men who are “all in” with their marriages, families, and churches.

Strong male leadership is the crying need of the hour. We must seize the moment in trumpeting the Masculine Mandate. We will get what we go after. First and foremost, we should go after the men. Let us dare to embrace the call to equip men to labor, love, and lead their homes.

*In the last seven days two pastors have called about hosting an IRON MAN CONFERENCE next year. We have dates available in 2023 to challenge and equip men to fulfill the Masculine Mandate. If you are interested, CLICK HERE to learn more.

*The Masculine Mandate will be addressed head-on at Christ Life Ministries’ Men’s Prayer Advance next January. The Advance is a targeted event to build godly men…  CLICK HERE for more information.