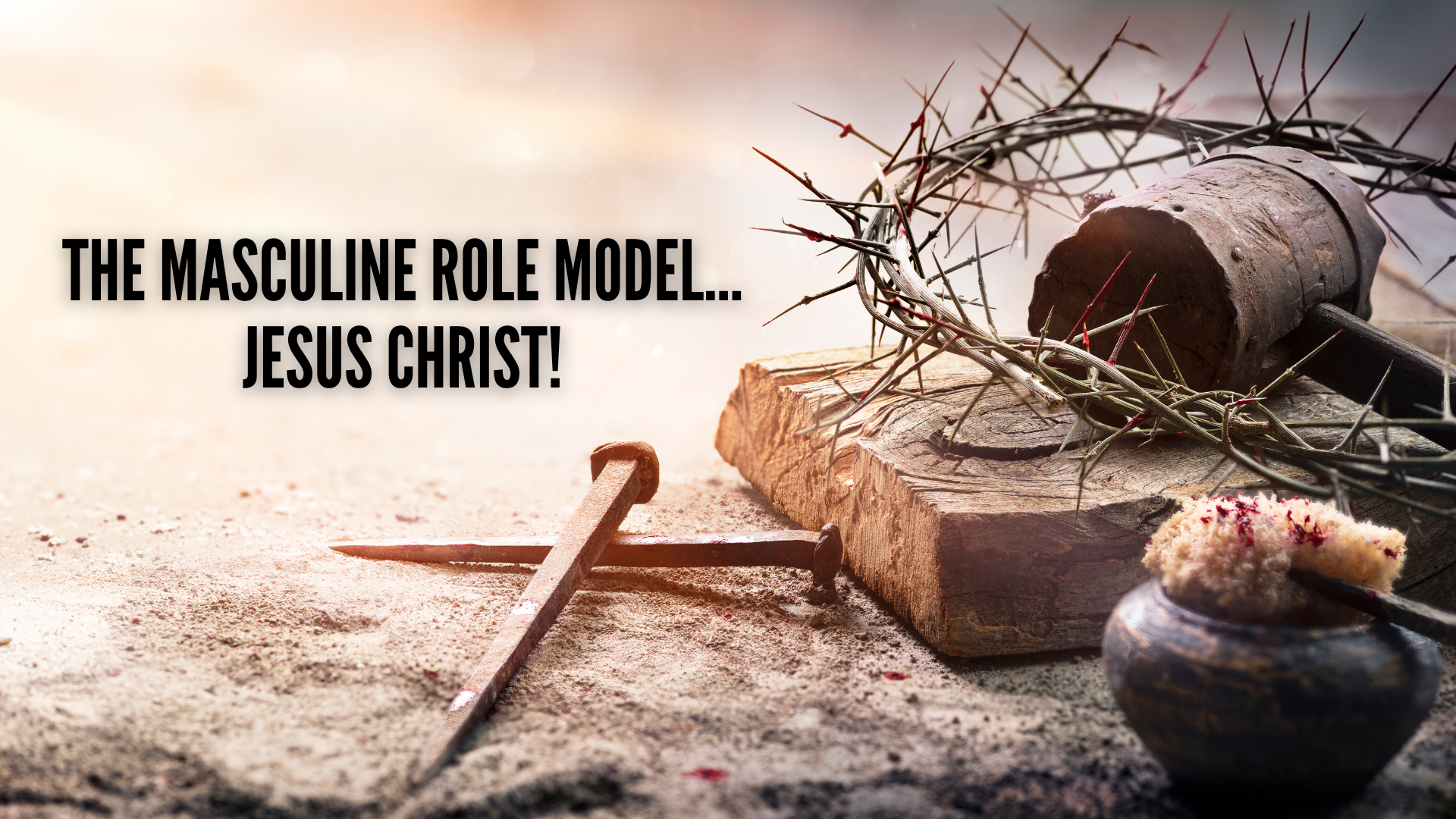 The first Adam was created in the image of God. The first “male” man was an image-bearer—created in the likeness of God. He reflected his Creator. Adam bore a moral-likeness to God. His entire being mirrored the Father. But when Adam fell by virtue of his sin, that image was marred. As the earth populated, Adam was unable to communicate what God was like to his descendants because his nature had changed.

Centuries later God broke into time when Jesus came to earth in the form of a human. Jesus was born of a woman… as a “man.” We all marvel at the deity of Christ, and rightly so. But we should consider deeply the humanity of Christ. His mother was earthly, but His Father was heavenly. Conceived by the Holy Spirit, yet born with a physical body. Fully God, and fully human… mystery of mysteries! And the things He did as a man upon earth are remarkable.

Christ came to redeem and restore what Adam had lost. His entrance into the human race demonstrated what God was really like. Christ’s life on earth revealed the nature of God through His humanity. Jesus said, “He that hath seen me hath seen the Father” (John 14:9).

Henry Scougal wrote a book titled “The Life of God in the Soul of Man.” When a man is born again, the life of God enters his soul. And this Life shows itself through his purified personality. God’s Spirit in redeemed men showcases what the heavenly Father is like to the watching world. God wants to communicate His nature to humanity through the very life of Christ in His followers.

His deity, while encapsulated in humanity, expressed the Father’s nature. And His life is our model for the masculine man.

Jesus was so tender that children sat on His knee, and so tough that He ran the moneychangers out of the Temple.

He was so compassionate that He wept at Lazarus’ tomb, and so strong that He refused the vinegar (sedative) on the cross.

He showed grace to sinners, but scorn to the self-righteous.

In Him we see not only the nature of a Lamb, but His dominance as the Lion of the tribe of Judah.

He hung out with rough and tough fisherman, and still could minister to a woman with an issue of blood.

Hanging helpless on Calvary, He still offered help to the dying thief.

He was wise. He knew when to speak up and when to keep quiet.

He faced fierce temptations without capitulation.

He feared God, not man.

He never overlooked religious extremes, He rebuked hypocrisy and excess.

While satisfying His Father’s wrath by sacrificing His life, He appointed a disciple to care for His mother.

The God-man “Jesus” is the supreme expression of a biblical man. Bold yet gentle, tender but tough, kind but not a coward, meek but manly—the perfect man!

Note a few imperatives which exemplify a Christ-like man:

Jesus’ earthly life was lived in total dependence upon His Father. F. B. Meyer said, “The Christian life is not our responsibility, it’s our response to His ability.” Godly men are Spirit-filled men—living out the divine nature which was implanted at the new birth. As Ian Thomas said, “The death of Jesus FOR you makes possible the life of Jesus IN you.”

It is this indwelling life of Christ that empowers us to fulfill our calling as men. Jesus is everything: above us, around us, for us, and IN us. We are image-bearers—communicating God’s nature to fallen men in a fallen world.

Embrace your identity in Christ. And embrace your God-given gender as a means to glorify God both in time and eternity. Everything the first Adam lost, the last Adam regained! Let us therefore glorify God through our redeemed humanity!

*Pastors, consider hosting a Man Up Weekend at your church next year. We have dates available in 2023 to challenge and equip men to fulfill the Masculine  Mandate. If you are interested CLICK HERE to learn more.

**The Masculine Mandate will be addressed head-on at Christ Life Ministries’ Men’s Prayer Advance next January. The Advance is a targeted event to build godly men. CLICK HERE to learn more or to register.