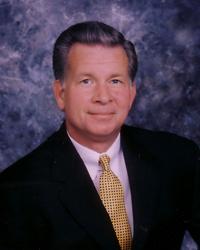 Dr. Tom Farrell has been traveling in evangelism since 1979. From 1974 until 1990, Tom and Regina faithfully served on the staff of The WILDS Christian Camp and Conference Center in Brevard, North Carolina. Eleven of those years, Dr. Farrell led The WILDS Evangelistic Team in revival meetings across America. In 1990 he formed Tom Farrell Ministries which relocated to Independence, MO, in 1992. The ministry of evangelism has taken Dr. Farrell all over the United States and to many foreign countries. He preaches in local church revivals, area-wide campaigns, Christian colleges, camps, and on many mission fields. Scriptural, simple and straight- forward would sum up the preaching style of this evangelist. His goals are to exalt the Savior, evangelize the sinner, and encourage the saint.

The Biggest Business in the World

The Danger of Desertion

Let's Be A Barney

Return to Top
Scroll to top