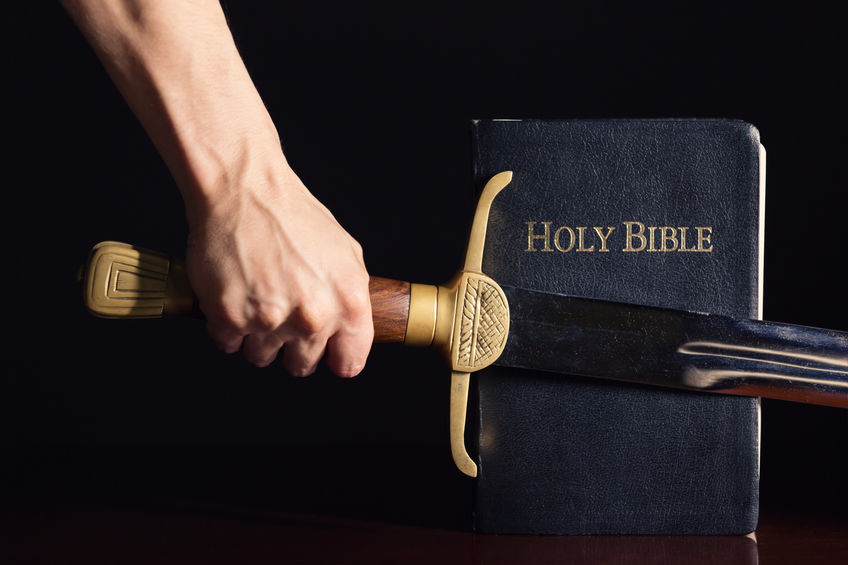 There has been a steady trend to “grind down” the “sharp edges” of Scripture.

Moral truth, as revealed in the Bible, has been downplayed in the countless pulpits. The next few years will expose the deep compromises in religious groups and denominations. The moral landmarks of historic Christianity will be obliterated. All this will sail through largely unchallenged and uncontested. The rationale is that in order to reach the culture we must parallel it.

Sadly, the accommodations of the past have conditioned church goers to be “undiscerning.” In their day, the Religious Right boldly condemned perversion in legislation, but never challenged it in denominations. The cultural watchdogs attempted function as the “moral consciousness” of society while letting sin slide in religious hierarchies. This blatant hypocrisy failed to call out apostasy in religious circles. Misguided men tried to hold corporations accountable, but never a word of reproof to the moral mischief among the Methodists, Presbyterians, Baptist’s, etc. Political pressure was aimed at politicians, but never toward religious leaders. The blind led the blind and now a large portion of the ecclesiastical enterprise is in the ditch.

Direction in a ministry is determined by what is tolerated, not just what is taught. Silence is sanction. Failure to confront sin is equivalent to condoning sin.

Many of the churches who have let things slide will slip into full apostasy as things heat up. We are already witnessing strong efforts to legitimize the illegitimate and normalize the abnormal. This is not just in society at large, but in organized religion.

Trashing God’s moral code is serious. To rob the gospel of moral content demolishes the Gospel. Without the anchor of absolute Truth—“right and wrong” in moral matters, there is no Good News. How can the sick be cured without first diagnosing their disease?

It’s not hard to find the truth. It hard not to run away from the truth once you find it.

Grace without Truth is like a list of meaningless platitudes. God’s Word is Truth, and it must not be edited. It must be proclaimed in power if sinners are to be redeemed. There will be a price to pay in practicing Truth in our post-Christian Culture. And it’s past time to draw a line and depart from post-Christian Christianity! So love God and people enough to stand for, and speak Truth into this generation.