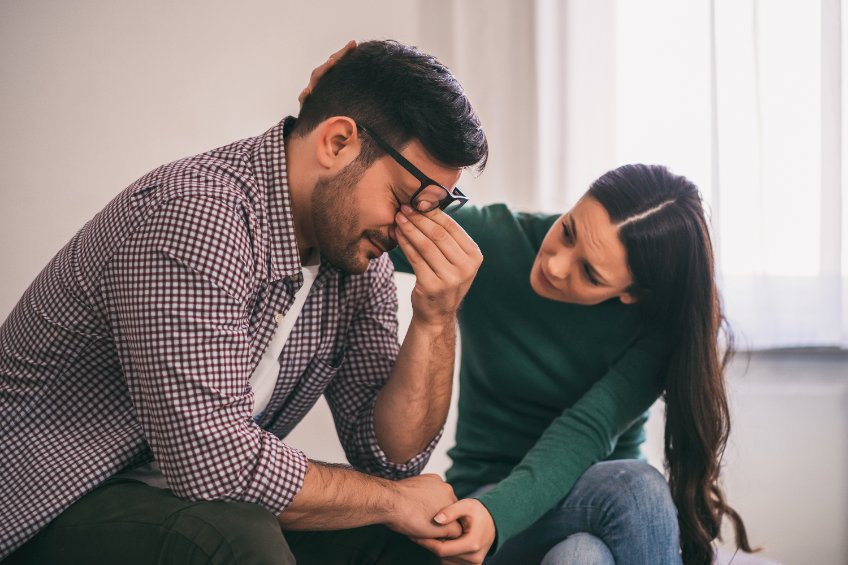 The white shelf hung high on our kitchen wall, proudly displaying the red antique dishes belonging to my late grandmother. Small cups, saucers, and plates stood at attention, perched against the plate groove as though they were snootily boasting their beauty. That little shelf had a high expectation and duty—to stand firm against all odds. Then one night, it disappointed us.

While our family was sleeping soundly, an explosion occurred. It sounded like an army engaging the enemy in battle. My husband bolted out of bed, thinking burglars had invaded our home. Cautiously opening the door of our bedroom that opened into the kitchen, he turned on the light only to discover that the white shelf was hanging precariously attached on the wall by only one remaining screw. The shelf hung vertically now, guilty of a weakness that no one had suspected—one screw had completely let go. The antique dishes were smashed to powder now, their beauty and pride diminished to a rubble that would take the next hour and a half to clean up.

So many marriages today resemble those broken dishes. The “shelf” is the husband, and the weakness that had gone undetected is the sin of pornography that no one could have suspected. When the blow happens, and the wife finds out, either by her innocent revelation or her husband’s admission, the marriage suffers greatly. Humility sets in, both for the husband and his hurting wife. The relationship becomes a horrible mess that needs great attention, intentional work, and applied grace so that the marriage can still honor God.

Can the mess ever be cleaned up so that the marriage can be a beautiful thing again? Because of grace, the answer is yes! While it’s critical that the husband get help and accountability, there are things the wife must do to respond biblically to this crushing blow.

First, the wife must see herself standing beside her husband before the Cross. She is as needy of a Savior as he is. This clear view will allow her to forgive as she has been forgiven. The sin of pornography is as bad as gossip or disobedience. As she sees herself equal at the Cross, forgiveness can happen.

Secondly, the wife must see herself as Christ sees her. After realizing that her husband has seen pictures of women that have been glossed and perfected, she can feel ugly, undeserving of his love, and unwanted. However, before God she stands as His eternally loved and cherished child for whom He sent His Son to die. God loves her with an unconditional love, based not on any outward standard, but on her position in Christ.

Thirdly, the wife must see her temptation to step into a place of authority as completely out of God’s plan. After a man’s addiction to pornography has been discovered, it’s easy for a wife to feel she’s more apt to be in charge now. Because he is in a place of shame, he may step aside, feeling he has no right to be the spiritual leader of their home. Nothing could be more dangerous or wrong in the marriage. In an act of obedience to the Word of God, wives are to obey the command that husbands are to be the head of the wife. To step into his place is to be living in sin herself.

Fourthly, the wife must see that she still respect and love her husband. While one cannot respect the sin, she must find other areas of his life to honor. Does he confess his sin, go to work, and provide for the family? Without her words of respect and comfort, he might find himself in a place of being covered over with much sorrow (2 Cor. 2:7). Wives must confirm their unconditional love toward their husbands with the same love God shows to them. She will not give account for him, but she will give account for herself. His sin should never temper her obedience. She can’t control her husband, but she is in control over her own response to his sin.

About a week after that kitchen shelf fell, it was rehung with stronger screws and newer dishes. After the blow of pornography hits a marriage, healing and beauty can be restored as both partners obey their part to rise up again in obedience.

This chapter was written by Denise Cunningham. Denise writes a blog for women at www.refreshher.com

The chapter was taken from The Extraordinary Wife