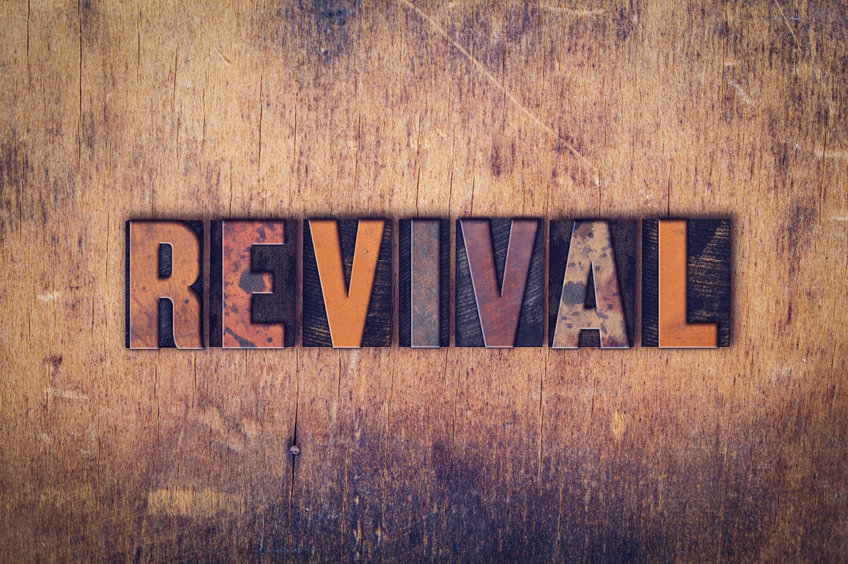 “Fear is the beginning of defeat.” —Source Unknown

“I know not the way he leads me, but well do I know my Guide. What have I to fear?” —Martin Luther

“Fear is the root of apostasy.” —Thomas Watson

We humans, by nature, are creatures of habit. Those things which disrupt our routine are often viewed as a threat. While the unfounded fears of revival are many, our greatest fear should be that we remain in a “revival-free” zone. Here are some of the groundless concerns which restrict the unhindered flow of God’s reviving work.

No sin has sent more people to hell and hindered more Christians from serving God than the fear of man. The fear of man bringeth a snare (Pro. 29:25). A man-fearing spirit is a trap that short-circuit’s Holy Spirit power. What “so-and-so thinks” must remain secondary to what God commands.
Perhaps one of the chief reasons revival tarries is because there is more fear of man in the church than fear of God. When human considerations and horizontal calculations carry more weight than simply obeying God; there will be no revival.

Are you in bondage to the opinions and preferences of men? Afraid to witness? Afraid you might offend? Afraid to confront? Afraid of what others will think of you? By the way, you would not worry about what people thought about you if you knew how little they think about you! Dare to go through unconditionally with God, and you will discover that “perfect love casteth out fear” (1 Jn. 4:18).

Fear of the Unknown

Fear of the unknown is a peculiar snare for pastors. To many, revival is unexplored territory, which creates fear and uncertainty concerning the future. “What do I do with a revived church? What if my people get ahead of me spiritually? How can I lead a church full of vitality and boundless energy?” Since most of the training in Bible colleges is focused on maintenance instead of building, it is only natural that things unfamiliar to us could be perceived as dangerous.

At the heart of all fear is a lack of trust. The children of Israel died in the wilderness because they were intimidated by giants, walled cities, and opposition. All of these fears came about as the result of the fearful words from ten faithless men, who were sent to spy out the land. Their unnerving report robbed the people of faith and instilled fear in their hearts.

They should have listened to Caleb’s account. He reported that it was a land flowing with “milk and honey.” As an object lesson, he brought back a sample of the grapes found in Eshcol. These grapes were so big that you could remove the pulp and use the skins for shower caps! He did everything in his power to encourage his people to possess the land that God had given them. You see, Caleb simply could not accommodate himself to the wilderness. His body had been in the wilderness, but his heart was in the Promised Land. He exhorted his brethren, “Let us go up at once, and possess it; for we are well able to overcome it” (Num. 13:30).

Friend, if you are satisfied with the wilderness, you will never get out! If you are content with the status quo you will never see days of heaven upon earth. If your fear of change is stronger than your desire for enlargement, then you will acclimate yourself to the wilderness. But if you, like Caleb, will take God at His Word, you can overcome and seize the prize that God’s grace has already provided.

Three deacons got honest and started confessing their sins one to another. One man opened his heart and said, “When I need money I steal it from the offering plate.” The next one said reluctantly, “I steal cars, fix them up in my basement, and sell them.” The third man spoke out, “My problem is the sin of gossip, and I can hardly wait to get out of here to tell somebody about you guys!” Few things pose a greater hazard than being found out.

The fact is it is all going to come out—either now or later. God will one day judge the secrets of men (Rom. 2:16). A respected man stood in his home church and said, “I have known for a long time that I have never had a born-again experience, but I have been afraid of what you people would think of me if I admitted that. Tonight, I realized for the first time, that at the judgment seat, not only will you know, the whole universe will know I am lost. If you are going to know it then, you may as well know it now, I am a lost soul and I need to be saved!” That man broke down and wept his way into the kingdom. It finally dawned on him that every dark thing will be brought to the light.

The fear of exposure is baseless since “all things are naked and opened unto the eyes of him with whom we have to do” (Heb. 4:13). Our primary concern is what God knows about us. Roy Hession wrote, “Revival is when the best people in the church start acting like sinners and confessing their sins.”

When a man owns up and admits his sins, he is on the pathway to recovery. By taking responsibility for his wrongdoings, the humble man attracts grace and mercy from God. He that covereth his sins shall not prosper: but whoso confesseth and forsaketh them shall have mercy (Pro. 28:13). Mercy is promised to all who plunge their sins in the fountain filled with blood.

There is a perception of safety in that which is customary—a sense of security in the predictable. By the same token, a cemetery is calm and peaceful. There are no surprises there—only DEATH! Outside-the-box thinking is imperative for a spiritual breakthrough.

“Tradition worshippers” derive a sense of wellbeing from their routine. Like Adam, who hid from God amidst the trees in Eden, multitudes today hide from God in the programs of their churches. Anything outside of their “religious box” is viewed as a potential menace—even God!

The sobering fact is God’s chosen people rejected God’s only Son because He did not fit into their box. They had elevated their traditions above the commandments of God and became hardened. Sadly, they did not have ears to hear—no capacity to discern the voice of God. Their preconceived notions were passed down from generation to generation. Since their hearts were closed, the Spirit of God passed them by. Being bound to the past, they missed out on the biggest event in the history of the universe.

Richard Owen Roberts observes, “Revival and change are almost synonymous terms, and both clearly cut across traditionalism. There is no way true revival can occur without major changes disrupting and reordering the life of the Church… God is no traditionalist. While God is orderly, He is always fresh and vital. If a church can run according to forms and traditions of men, it will run without the presence and power of God … Is it any wonder the love of tradition is an enemy to revival? Revival and new life go hand-in-hand … Let every church realize that the inordinate love of tradition is a great opponent to revival … When a church slays the love of tradition, a major obstacle to revival will be slain with it.”

Any student of revival is aware that whenever God is working, the Devil is also. Jessie Penn Lewis’s book War on the Saints details how Satan would insert his bogus imitations into the mix during the Welsh Revival. His poisoned streams were designed to discredit the genuine. By sowing confusion, he attempted to obstruct this movement of God.

William Booth comments, “There are different kinds of fire; there is false fire. No one knows this better than we do, but we are not such fools as to refuse good bank notes because there are false ones in circulation; and although we see here and there manifestations of what appears to us to be nothing more than mere earthly fire, we nonetheless prize and value, and seek for the genuine fire, which comes from the altar of the Lord.”

Sure, there are real dangers in revival, but the greatest danger is staying like we are! Growth means change. Change requires a choice, and choices always bring challenges. God never intended the Christian life to remain stagnant. That is why He exhorts, “But grow in grace, and knowledge of our Lord and Savior Jesus Christ” (2 Pet. 3:18).

Don’t let your apprehension about potential fakes keep you from pursuing that which is positively real. Don’t allow the worry of “wildfire” quench your thirst for “holy fire.” There is no need to trouble yourself about going “too far,” as long as you remain inside the Book. The greater danger in the Christian life is that we don’t go far enough.

“What if I surrender to the Lord? Will I lose my job? Do I have to give up my friends? Will I have to change the way I dress? Will He send me to the Congo?” Irrational qualms such as these reveal a misunderstanding and a lingering suspicion of God. Once you taste and see that the Lord is good, you will never again entertain bothersome questions like these. When it comes to surrendering all to the Lord, you have nothing to lose, and everything to gain.

God can run our lives better than we can. According to Paul the will of God is “good, and acceptable, and perfect” (Rom. 12:2). How can a man improve on perfection? This explanation comes on the heels of the exhortation found in verse one, “I beseech you therefore, brethren, by the mercies of God, that ye present your bodies a living sacrifice, holy, acceptable unto God, which is your reasonable service.”

If God lifted the lid off your church on Sunday morning, what would it look like? Some don’t want the sins of their church exposed. They are just as concerned about “damage control” as the political establishment. Can you imagine well-meaning men who are more disturbed about the opinions of people than the estimation of the all-seeing, flaming eye of God? Since everything will be revealed in the Day of Judgment, this man-centered fear is totally irrational. From eternity’s viewpoint, our greatest fear should not be that God might expose us, but that He would leave us alone!

The fiery Irish evangelist W.P. Nicholson said, “With some men it would seem, if they could control God’s operations and manipulate His actions, they might tolerate a revival; but to allow God a free hand, fills them with righteous indignation and horror. If only God would consent to become an ecclesiastic and respect their dignity and decorum and beautiful order of service and ways of running the Church, they might condescend to have a revival.”

God is holy and without holiness no man shall see the Lord (Heb. 12:14). Instead of fearing that God might cleanse the church, we should be praying that God would purify His church. Every revival in history has promoted holiness.