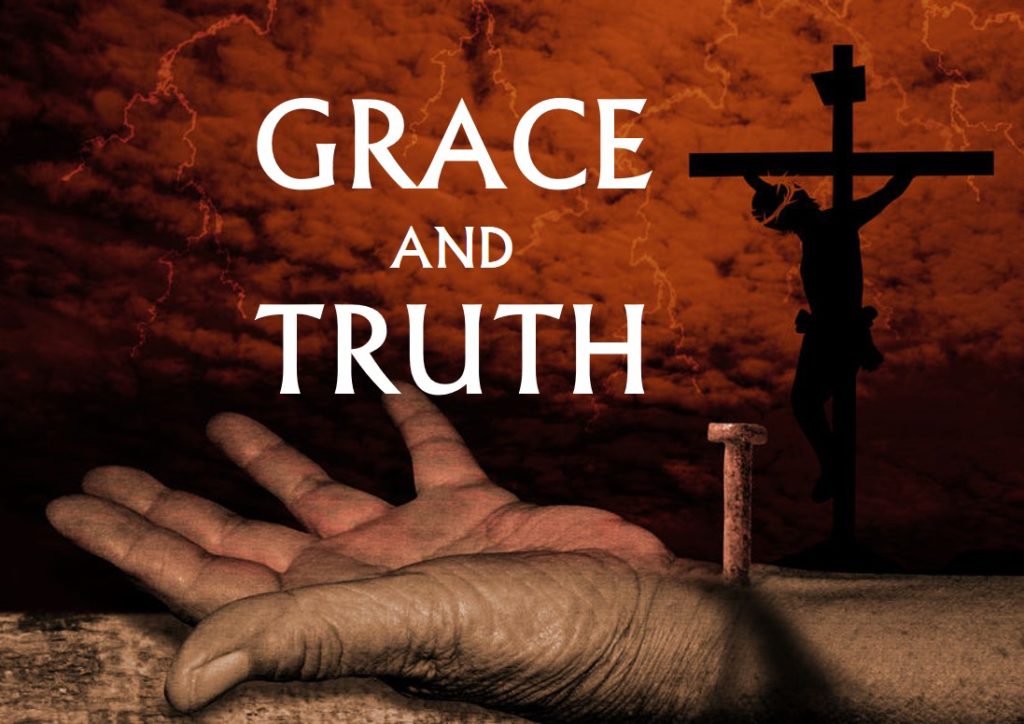 Saving grace is not sentimental weakness, it carries crystal clear instructions. God’s grace teaches us to deny ungodliness/lusts; and to live soberly, righteous, and godly on the earth (Titus 2:11-12).

Grace without truth, or Truth without grace, are both distortions. Either extreme misrepresents the Lord, and His salvation.

Let’s consider the sloppy, slippery, and utterly compromised “grace teaching” that is wildly popular at present. God has been stripped of His holiness in an attempt to connect with a sin-saturated culture. Often the problem is more with what is left out, rather than with what is stated. Studious avoidance of hard truths, coupled with the elimination of every demand of discipleship, has resulted in an imbalanced message that misrepresents salvation. Gone is sobriety. Gone is any semblance of conviction. Gone are the New Covenant warnings to both the unsaved and the saved. Gone is Godly fear. Church services are more like lectures, Infomercials, or pep rallies than a time to encounter a HOLY GOD.

Grace without truth is NOT biblical grace. It is FAKE-grace. When grace-talk is separated from Truth-talk, then deception has taken center stage.

The Cross is proof that grace has backbone. Jesus was slaughtered to satisfy holy vengeance and divine justice. His atoning death demonstrates just how serious sin is to God. It bought the death penalty to God’s Son, and it still does to the unrepentant. God’s grace did not wink at sin at Calvary, nor does it overlook it now.

Christ’s death not only demonstrates God’s love toward men, it magnifies His antipathy toward sin. Grace is free, but it teaches, delivers, and grants power for men to live holy lives. Man-centered grace, apart from the God-side of the grace equation, reduces the entire scheme of salvation to a sentimental, syrupy let-off for a fallen race. Carefully note these words, “Who gave himself for us, that he might redeem us from all iniquity, and purify unto himself a peculiar people, zealous of good works” (Titus 2:11). God is serious about holiness, because that is the product of true grace.

Jesus was/is full of grace AND truth. Not only grace, but truth also. You cannot separate biblical grace from truth any more than you can separate truth from grace. The center of the moral universe is a hill called Calvary where justice and mercy convened. God’s wrath was satisfied, and our need for mercy was provided through Christ’s sacrificial death for mankind. So we must strive to tell the WHOLE story about grace, with the backbone of Calvary as the backdrop.