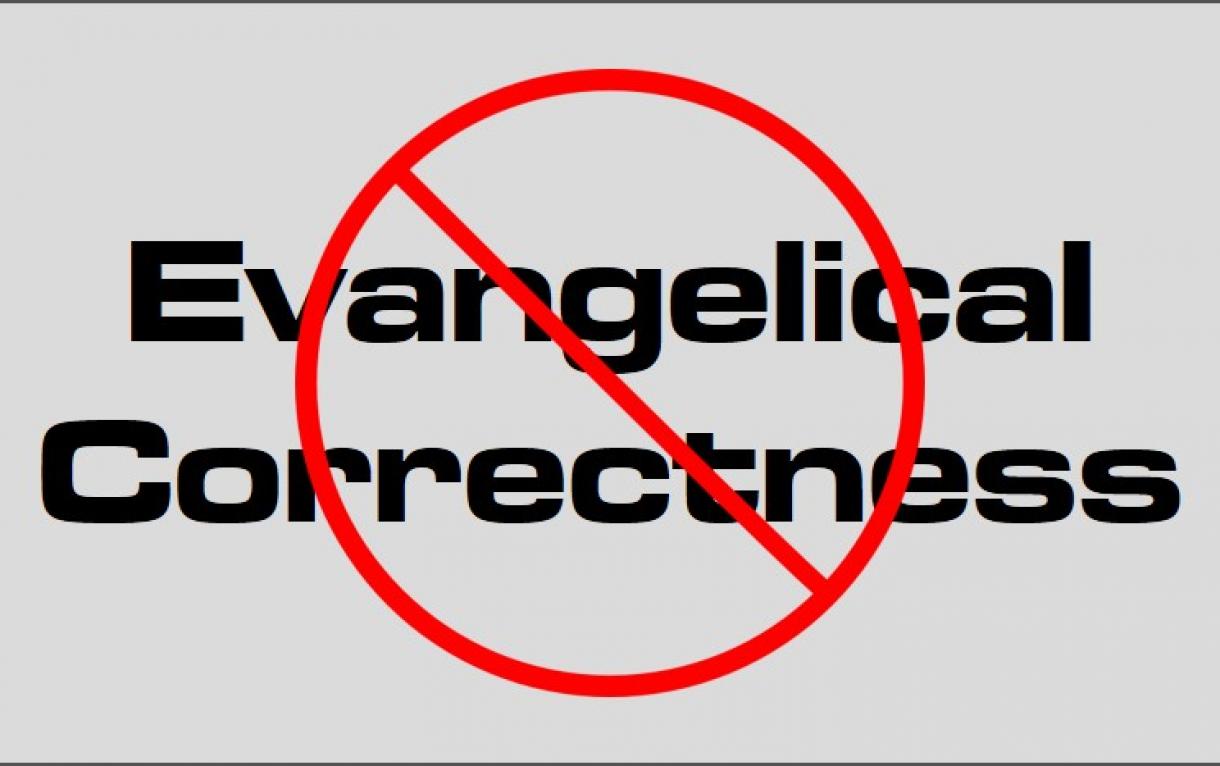 Political Correctness is a term used to describe “language, policies, or measures that are intended NOT to offend… any particular group of people in society.”  This has been taken to such absurd extremes that any sane person can hardly imagine that such lunacy now exists. For example, in New York City, thirty-one gender identities are recognized. Here are a few of them: Bi-gendered, Female-to male (FTM), Third Sex, Androgyne, Non-binary Gender, Genderqueer, Trans Person Woman, Gender Fluid, and Gender Bender. When cultures reject God’s moral code, there is a never-ending attempt to normalize the abnormal and legitimize the illegitimate. God recognizes the two gender identities that he originated—male and female. So if a person doesn’t like the way they were born, maybe they should try being Born Again.

Some bureaucrats in New York City think that it is “sexual harassment” for a professor to base grades in part on effort and classroom behavior. But without discipline in education, chaos is the ultimate outcome.

Have you noticed that no one, except “conservatives”, are ever held to any standard of decency or behavioral conduct? Yet enough about Political Correctness (PC), let’s examine the religious counterpart.

This is what I call Evangelical Correctness, or EC. There is not only a reluctance to practice Truth in countless quarters, there is an absolute distain for even speaking Truth. Having repudiated holiness as having anything to do with saving faith, the door is open for all manner of heresies.

I understand some have reacted, and over-reacted to legalism, but the condoning of libertinism is a denial of the faith. For the purpose of clarification, here is the definition of LIBERTINE: a person who behaves without moral principles or a sense of responsibility, especially in sexual matters. It also includes the person who rejects accepted opinions in matters of religion, a freethinker.

Nobody despises “witch-hunters” more than myself. A “Dirt Devil” is a religious individual who can suction up filth on the best of saints. Not for a moment am I recommending a spiritual Gestapo. But at the other end of the spectrum is the EC community. A blind eye is routinely turned to the most blatant transgressions and compromises—moral as well as doctrinal.

A prominent church member and church employee leaves her mate. She and her romantic interest show up at a nearby church and are welcomed with open arms. The pastor where they start attending is thoroughly informed that this couple is living in open adultery. Guess what was done by this church to help this couple repent of their sin—NOTHING! Divorce Recovery can be a help, but when a church condones adultery under the guise of ministry God’s name is dishonored.

When church discipline goes out the window, Christ walks out the door. Why should a church boast of allegiance to Scripture without applying the Bible to “sticky situations”? It is a rare thing to find a church that practices Truth concerning members who live in immorality. If you are looking for the average elder board, deacon board, or congregation to ACT Biblically you will likely be disappointed.

I remember a morning news program where a prominent preacher was asked to state the Christian position on abortion. He replied, “Christians have not been able to reach a consensus on abortion.” He rattled on about how some are pro-life and others are pro-abortion. Followers of Jesus don’t determine moral matters through consensus. They define morality and immorality by the Word of God. Let me state the Christian position on abortion—THOU SHALT NOT KILL. There is no alternative view or room for discussion for people who accept the Bible as the final authority on moral issues.

The name of God is profaned year after year because of the fear of man. Prominent families and public opinion carry more weight than the Word. Do you really think that congregations and pastors who have displayed no zeal for God’s honor and holiness will somehow “stand” for righteousness in the coming onslaught of same-sex normalization? Don’t hold your breath.

Simply put, you cannot rob the gospel of its moral content and still have the Biblical gospel. To strip morality from the gospel is to destroy the gospel. Here in the States we have a water-downed version of Christianity that not only is powerless in the culture, but impotent among its adherents. None of the major denominations would have apostatized so rapidly if men with backbone had stood for Truth.

J. Buchler said, “If people were half as scared of offending God as they are of offending man, we would have multitudes of red-hot Christians.” Sure it will be costly to practice Truth. But it will cost even more to give account at the judgment seat for these accommodations. The time has come to get out of the public relations business by getting down to the serious business of obeying the Bible—regardless of the consequences!

Holy courage is a perpetual burning condemnation of all manner of ungodliness. It is not earth-born or brain-born; it is a celestial species of experience and character. Holy courage blooms only on the stem of an utterly pure conscience; it blossoms only under the noonday of spiritual light in the soul. He who has the consciousness of an unfettered holy courage in his inmost soul knows, to a good degree, what are the emotions of an angel. But holy courage is enthroned in the heart, and will be enthroned there only when self has been utterly crucified. Only when the love of fame and power and place and ease, only when mental pride and ecclesiastical pride, and all physical and spiritual impurity are washed away—only then does holy courage wrap the soul with unflinching bravery.

People always praise this holy courage when it does not come too close to them. Those who have yet the remains of the carnal mind admire this courage as they do a volcano—at a handsome distance.

There is as deep a need for unflinching holy boldness today as ever. Holy courage is as much needed in the pulpit as ever. It is not the gift of the Church; it does not fall from ordaining hands. It does not spring from strong nerves. It is not the product of culture, politics, or military life. This holy courage comes of conscious purity and the filling baptism of the Holy Ghost.”

Scores of Americans are sick of the Political Correctness and the destruction it is bringing. God is sick of Evangelical Correctness, and we should be too!