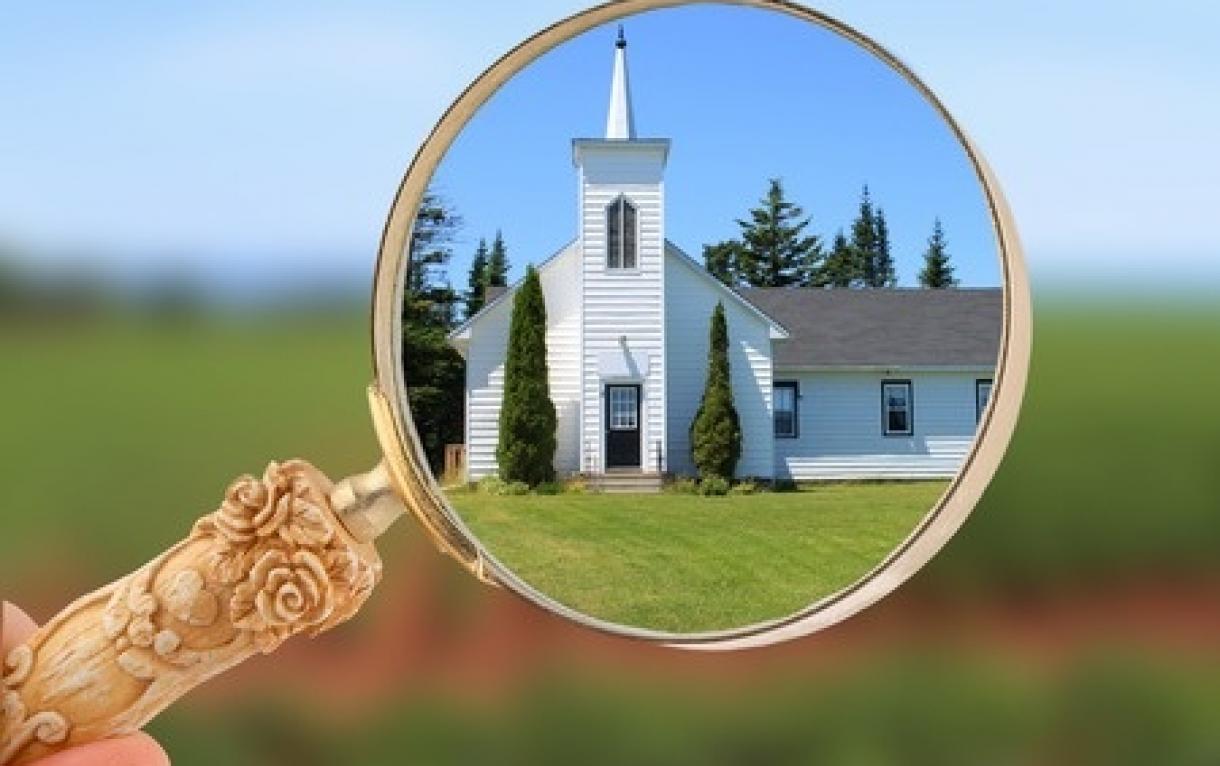 by Harold Vaughan — 3 years, 2 months ago

“A man that is an heretick after the first and second admonition reject; Knowing that he that is such is subverted, and sinneth, being condemned of himself” (Titus 3:10-11).

“Heretic” means divider or one who causes schism. We think of modern heresy-hunters as those who sniff out doctrinal error and expose it. But Biblically speaking, heretics are those who bring needless division. They use a magnifying glass to discover blemishes, or points of disagreement, in and with others. Given half a chance they will belch out a stream of unrequested, discrediting information on numerous individuals and ministries. It seems like these people search for faults like they’re going to receive a reward for finding them.

You can detect a heretic by his proclivity to run off at the mouth to uninvolved bystanders instead of ministering to the supposed perpetrators. These so-called “truth-protectors” and “purity-preservers” who refuse to confront the erring brother have no interest in restoration. They relish in rot and rumor. By indulging their appetite for scandal they become experts in cataloging faults, whether real or imagined. Over time they devolve into a network of gossips/slanderers who can assault the best saints without a twinge of conscience.

The scriptures that forbid such activity are either ignored, or twisted. Proverbs warns, “He that goeth about as a talebearer revealeth secrets: therefore meddle not with him that flattereth with his lips” (20:19). God forbids association with babblers who go about spouting diabolical slander.

Schismatics Must Be Disciplined

A person who repeatedly stirs up division should be shunned, according to this passage in Titus. Paul expresses the same sentiment here, “Mark them which cause divisions and offences contrary to the doctrine…and avoid them” (Rom. 16:17). This is strong language, and just as relevant today as it was when the Spirit of God inspired it in the first century.

In some circles the Schismatics have free reign. These dividers are given a pass because to confront them would bring disadvantage within the given network. Both the shepherds and the sheep remain silent in the face of heresy (division). The fear of man sets a trap that mutes the needed admonition. Heresy may be mainstreamed in some quarters, but it is still a polluted stream.

Evil speaking, unless it is rebuked and rejected quickly, will taint and tarnish your heart and mind. Character assassins, who murder the reputations of good people, will poison your mind if you listen to them. Instead of “believing all things” in a loving and positive way, you gradually begin to believe the things you hear in a negative way. Imbibing the contaminated brew of a schismatic causes a warping of your perspective. It brings a distortion in your outlook that has dangerous ramifications, which may include the loss of true friends. If unchecked, this corruption will eventually entice you to join the Devil’s evangelistic team in acting as an agent of schism.

The early church faced Persecution from without and Prosecution from within. The “Accuser of the Brethren” planted his protégés inside the church. Satanic evangelists study infractions like sports enthusiasts memorize batting averages and statistics. In the post-Pentecost church, they even attacked Paul.

Have you considered the numerous scriptures that forbid evil speaking which leads to division?

“Knowing that he that is such is SUBVERTED, and sinneth, being condemned of himself.”

Individuals addicted to criticism and trouble-making are twisted (subverted). Rather than confront their own inner conflicts, they launch assaults on others as a covering mechanism. They quell their condemning consciences by stirring up controversies. Conflicted people cause conflict. Troubled people cause trouble, and the root problem in this case is covered sin.

Gaining a good conscience begins by uncovering the hidden sins in the heart. The only way to escape the darkness is by bringing everything into the light. Getting right with God, and then getting right with men, is the way of deliverance. Then we can assist one another from falling prey to schism by admonishing each other as the need arises.

“Endeavouring to keep the unity of the Spirit in the bond of peace” (Eph. 4:3). In contrast to Schismatics, the Holy Spirit is a unifier. Jesus prayed for oneness among His followers. “That they all may be one; as thou, Father, art in me, and I in thee, that they also may be one in us” (John 17:21).

Spirit-filled people do not engage in schism. Peacemaking is an esteemed virtue. Some situations definitely call for confrontation through personal conversation. But unnecessary division and tale-bearing have no place in the family of God. Separation from erring brethren (schismatics) is clearly taught.

Spirit-filled people reject Schismatics. Since they fear God more than men, they follow this Scriptural mandate even when it is costly. God-directed saints do right regardless of possible outcomes. Persons known for divisiveness, after the second admonition, must be abandoned.

Spirit-filled people do not feed on scandal. The godly man meditates on the law of God day and night (Ps. 1:2). He refuses to indulge in bottom-feeding with bottom-dwellers (heretics). He uses powerful weapons to demolish strongholds and captivate renegade thoughts (2 Cor. 10:3-5). He aspires to occupy his mind by dwelling on thoughts that meet all these qualifications: true, honest, just, pure, lovely, commendable, excellent, and praiseworthy (Phil. 4:8).