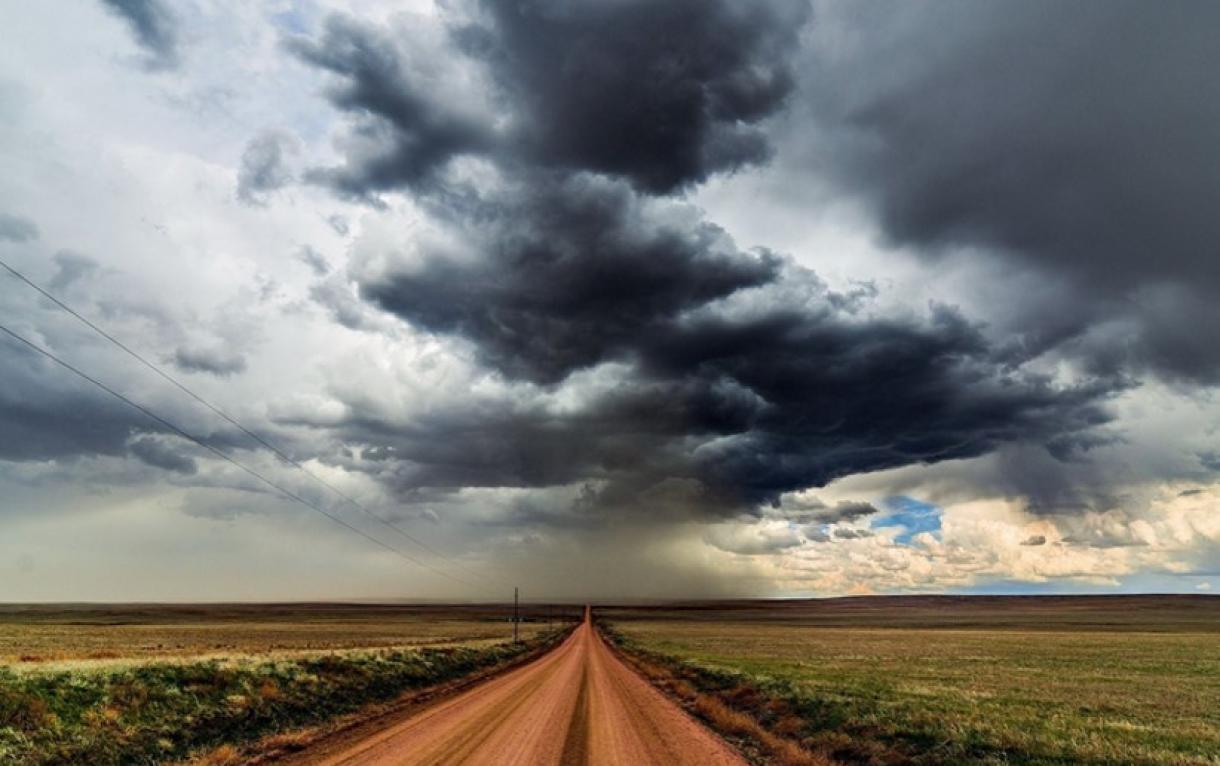 The cultural shift which is taking place in America seems drastic and sudden. Attempts to explain this appear to defy reason. Democratic lawmakers in Virginia put more effort into “transgendered restrooms” in high schools than fixing the dysfunctional DMV. The President cheers gay athletes and then hails Bruce Jenner’s supposed sex-change as heroic. Now the Supreme Court has ditched the Constitution in favor of same-sex marriage. The list is endless. How can these things be?

History affirms that the founding of our nation was rooted in the belief of the Judeo-Christian God. Though not all the founders were believers, they were bound by a Christian consensus concerning morality and ethics. Even four decades ago, there was a moral majority who affirmed Biblical absolutes. The Ten Commandments formed the moral code by which standards and practices were judged. But, a steady erosion has been underway, and now the foundations lay in ruins.

Someone stated, “Every problem in life is theological, either an ignorance or a misunderstanding about God.” The rise of theological liberalism denied the supernatural as well as the inspiration of the Bible. This abandonment of truth paved the way for evolution. Darwin offered an alternative to Creationism. But at its heart, Darwinianism was an effort to get rid of God. This godless philosophy, in turn, led to humanism, Marxism, Nazism, and countless other “isms.”

The dwarfing of God is the source of our present ills. The “hard” attributes of God like His justice, holiness, wrath, power, and judgment were jettisoned in favor of the “soft” attributes like love and mercy. “Easy religion” is a blend of pop-psychology and pop-culture. It is toothless and accommodating, not gripping and alarming. Many churches today are big on entertainment and small on doctrinal preaching. When did you last hear a sermon on eternal retribution? Have you ever heard a message on everlasting, conscious punishment? About the only time “hell” is referenced is when somebody cusses.

Someone tabulated 88 verses in the Bible relating to man’s love for God and His Word. Yet the Bible references the necessity and need to fear God 278 times. Robert Morey states, “The fear of God is the predominant response to and fundamental attitude toward God, His Word, His Law, and His name, that God desires.” The whole idea of fearing God is unknown and un-heard in most churches. When God is viewed exclusively as tender, non-aggressive, and non-threatening, there is nothing left in God to fear.

The Feminization of God

Recasting God into the mold of a divine “Mother” instead of a heavenly “Father” has led to the relentless retreat from the fear of God. Mary Baker Eddy taught we should approach the divine Mind as “Mother-God.” In the 19th century, a movement emerged called “New Thought” which championed the notion of transitioning to a maternal deity. The New Age movement took this over in the 20th century. In time, these influences overtook the mainline seminaries and Protestant churches. Most congregations in America now favor a feminine deity over a stern, authoritative Lawgiver who is “HOLY, HOLY, HOLY.” Church members can choose a god that suits them— be it a “he,” “she,” or “it,” or whatever makes them “feel good” about themselves.

In 1989 over 400 women met in a Boston church to worship Diana of Ephesus. They openly proclaimed that God the Father was “dead.” Predictably, some evangelical churches have made adjustments to accommodate this “inclusiveness” and seek political correctness. The Liberalism that emptied the mainline churches is now emptying evangelical churches as well.

Personally, I dislike paintings of Christ. How could anyone do artistic justice to the invisible God? No man since the days of Jesus has seen Him in His humanity. It is not accidental that the later portraits of Christ depicted Him as a weak, effeminate, European cross-dresser. The Bible-Jesus worked in a carpenter shop and ran the money-changers out of the Temple. He was strong enough to survive 40 days in the wilderness without eating. Revelation tells us that His eyes are like “flames of fire.” The toning down of Christ to suit the sensibilities of unsaved people is a misrepresentation that communicates falsehood about the nature of God. On top of this, there came an explosion of songs marked by shallow, sloppy, syrupy, and at times erotic expressions. The upshot of all of this has been the humanizing of God, the deification of man, and the minimizing of sin. The “Lion” of Judah has been reduced to a harmless pacifist. How could someone like that command respect, much less send anyone to hell?

I preached one Sunday morning on the fear of God. Afterwards the pastor asked, “Why would you preach on that?” Think about this—one of the dominant, foundational teachings of the Bible is regarded as “irrelevant.” People want to hear about what God can do “for” them, not what God may do “to” them. But Jesus said, “Fear not them which kill the body, but are not able to kill the soul: but rather fear him which is able to destroy both soul and body in hell” (Matt. 10:28). Reducing God down to a manageable, malleable, blob of sentiment is not only inaccurate—it is blasphemous. Morey says, “Any view of God which does not lead us to fear God, cannot be a biblical view of God.”

Scores of Bible-believing churches have avoided the gross error of liberalism. Yet, many have given way to the cultural attitudes and norms it has spawned. Apart from a proper interpretation of God, it is impossible to have a biblical worldview. Without question, our culture has influenced the church more than the church has influenced the culture.

Rapists and child-molesters are viewed as victims who need therapy instead of sinners who need to repent. Pastors can lie, steal, commit adultery and sodomy, and still be pastors! This kind of accommodation is the outcome of distorting “grace.” To rob the gospel of its moral content is to destroy the Biblical gospel. “For the grace of God that bringeth salvation hath appeared to all men, Teaching us that, denying ungodliness and worldly lusts, we should live soberly, righteously, and godly, in this present world” (Titus 2:11-12).

A warped view of God has huge implications. If there is no ultimate accountability, then the restraint of conscience will be severed. When Americans believed in hell and “feared God”, people behaved better. Societal deterioration is directly linked to how its citizens view God. Culture is simply the externalization of religion. Societies that have no fear of God become corrupt through-and-through. How could it be otherwise?

Genesis tells us that God made man in his own image—“male and female.” The doctrine of design flows out from the biblical model of creation. Once the Genesis account is dismissed or discredited, distortion is inevitable.

Johns Hopkins reports that 57% of children born to Millennials are out of wedlock. Among non-hispanic blacks the ratio is a staggering 72%. What was once “abnormal” has now become normalized. Marriage is out, and cohabitation is mainstream. The left-wingers used to pontificate—“You can’t legislate morality.” But, now it is okay to legislate immorality.

So here is a possible explanation for the gender confusion in this country. A distorted view of God has ramifications that filter down into the fabric of a civilization. I regularly talk with church members who have no conception of what it means to “fear God.” Consequently, there is no grid through which to judge the moral slide inside and outside the church. How easy it is to glide along through life oblivious to the greatness and majesty of God! How often do we forget God? Here is a sobering reminder of the consequences for having an inadequate conception of God:

“They are all gone out of the way, they are together become unprofitable; there is none that doeth good, no, not one. Their throat is an open sepulchre; with their tongues they have used deceit; the poison of asps is under their lips: Whose mouth is full of cursing and bitterness: Their feet are swift to shed blood: Destruction and misery are in their ways: And the way of peace have they not known: There is no fear of God before their eyes” (Rom. 3:11-18).

Verse 18 is the reason for verses 11-17. Apart from the fear of the LORD, people will sin with abandonment. The unthinkable has become commonplace because we have lost the moral compass.

But David said, “I have set the LORD always before me: because he is at my right hand, I shall not be moved” (Ps. 16:8). Placing God at the center of our hearts, minds, and lives is the only way to avoid moral insanity. Everything in life is theological. “Theology proper” deals specifically with the being, attributes, and works of God. The great need of the church today is to rediscover the greatness of God. Not merely an academic familiarity with truth, but an experiential knowledge of the Holy.