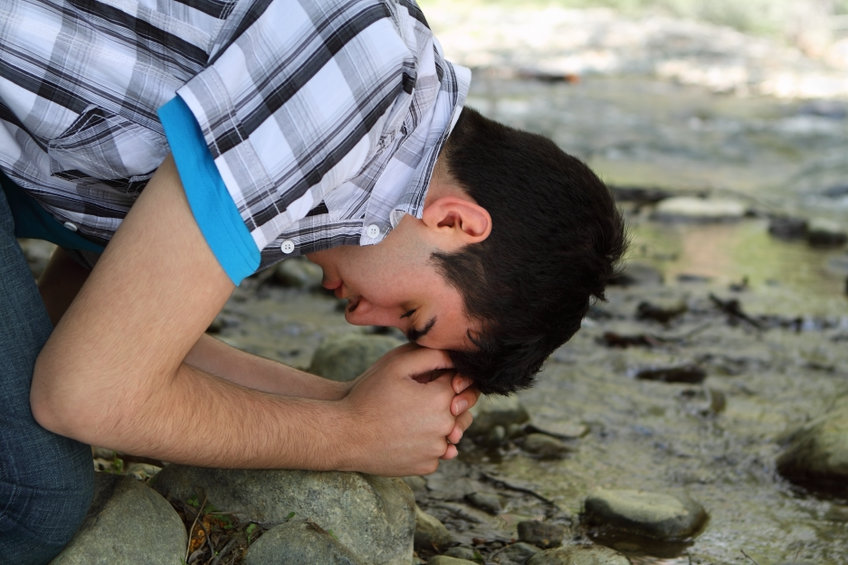 “Intercession is standing in other people’s shoes and representing them before God.” — Source Unknown

“Our prayers lay the track down by which God’s power can come. Like a mighty locomotive, His power is irresistible, but it cannot reach us without rails.” — Watchman Nee

“Talking to men for God is a great thing, but talking to God for men is greater still.” — E. M. Bounds

Paul asked the Roman believers to pray for him. In fact, that word “strive” was an invitation from the Apostle’s heart for them to join with him in wrestling with God for his protection and the effectiveness of his ministry. Other epistles echo this call for prayer: “Brethren, pray for us” (1 Thess. 5:25). The writer of Hebrews made the same appeal (Heb. 13:18). The inspired writers of Scripture believed strongly that the ministry of intercession made a huge difference in the outcome of the things requested. Corrie ten Boom once said, “We never know how God will answer our prayers, but we can expect that He will get us involved in His plan for the answer. If we are true intercessors, we must be ready to take part in God’s work on behalf of the people for whom we pray.” Intercession means involvement, striving and wrestling, for the welfare of others.

Intercession is standing in another’s place representing them to God. But it is more; it’s standing there until you acquire God’s attitude toward their situation. It is battling to discern God’s mind and, in turn, enforcing the divine will in matters on earth. As E. M. Bounds aptly put it, “Prayer is the language of a man burdened with a sense of need.” Intercessors are taken up with issues that burden the hearts of men, as well as things that burden the heart of God. Paul was searching out intercessors who would take his cause to the throne.

Herod was persecuting the Early Church. He had already executed James. And because this pleased the Jews, he imprisoned Peter also. Acts 12:5 says, “Peter therefore was kept in prison: but prayer was made without ceasing of the church unto God for him.” The infant Church was not only born in prayer, it continued in prayer. Here they are gathered together beseeching God for Peter. Consequently, an angel came to Peter’s cell, and he was miraculously freed from prison.

After 52 years of marriage, my friend’s wife died. I asked him what he felt had helped him the most during the grieving process. He responded, “I feel your prayers, and the prayers of God’s people.” The intercessions of his friends ministered powerfully to his life. He was so strengthened inwardly that we all marveled at his composure and peace. Of course, this was a traumatic experience for him, but the calmness that marked his spirit testified to the grace of God during his adversity. Most of us could testify of the help we have received through the prayers of others in times of adversity.

Paul and his companions were “pressed out of measure, above strength, insomuch that we despaired of life.” He went on to say that the sentence of death was hanging over them. He did not elaborate on the details, but he and his companions were so weighed down that they gave up hope of even living. Doubtless they were facing overwhelming difficulties. But God delivered them from death, and he commended the Corinthian Christians for their intercessions. “Ye also helping together by prayer for us” (2 Cor. 1:8–11).

Charles Spurgeon said, “Believing supplications are forecasts of the future.” This being the case, it is entirely appropriate to request prayer in your affliction. The greatest saints in the Bible and throughout history made such appeals. It is okay for you to share the needs of your “inner man.” When your strength is waning, utilize the vigor in others. If your faith is weak, take advantage of your brothers’ and sisters’ faith. Should you find yourself so overwhelmed that you cannot even pray, ask others to pray for you. Even if you are not incapacitated, you can still enlist intercession from others in troublesome times. 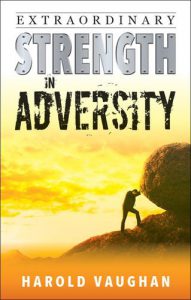 It is taken from the book “Extraordinary Strength in Adversity”