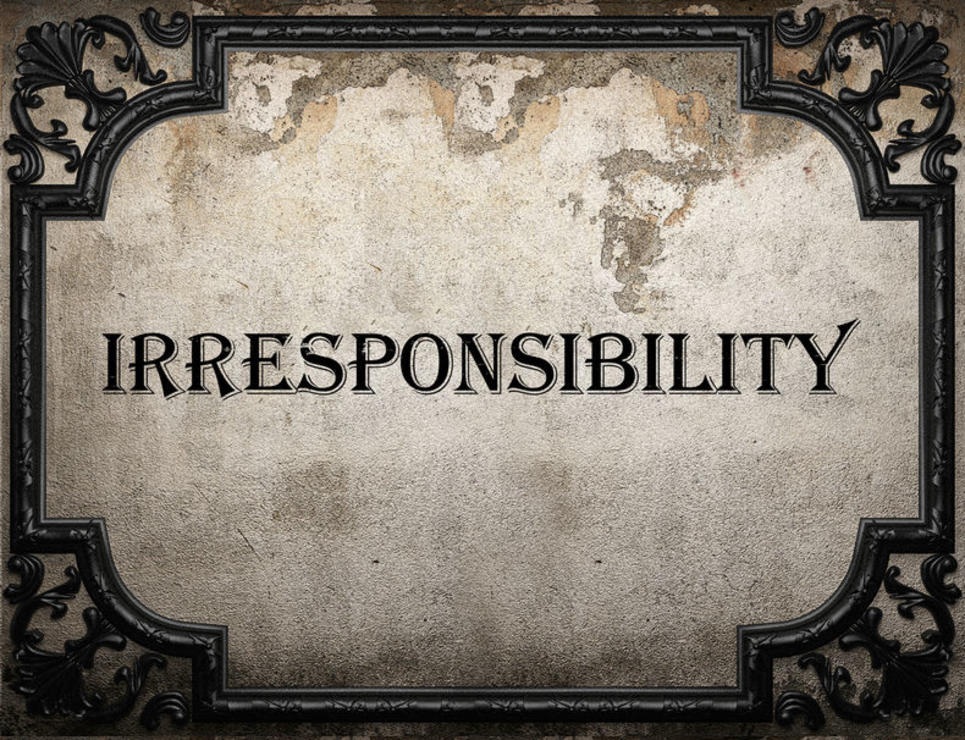 To say that character and discipline are out of vogue would be an understatement. Ours has become a culture that caters to the irresponsible.

In children’s sports participation awards have replaced trophies for winning. Forced equal outcomes in childhood are preparing this generation for the coming socialistic takeover.

The Federal Government subsidizes fornication by paying women to reproduce out of wedlock. This relieves the fathers of acting responsibly in providing for and raising the offspring they sire.

Popular preachers can divorce their wives and remarry without missing a single Sunday in the pulpit. What happened to accountability?

Our political leaders have bankrupted the nation with a staggering national debt. In a saner age, they were charged with treason.

Standards of behavior have disappeared. The media, for the most part, is nothing more than a propaganda machine committed to destroying the greatest nation on the planet. Decency is constantly under attack and perversion is promoted unashamedly. Ceaseless effort is made to legitimize the illegitimate and normalize the abnormal. Self-reliant producers are punished while the lazy and reckless are rewarded.

Church members boast of their “liberty” to engage in questionable behavior of every sort. Church leaders cower in fear of exercising their God-given authority in confronting sin in the church.

This trend of irresponsibility has gained a foothold in the matter of salvation. Clever rhymes like, “Didn’t choose it—can’t lose it” relieves sinners of their responsibility to REPENT and BELIEVE the gospel. This sort of hyper-determinism is the result of twisting the clear meaning of countless Scriptures to fit a system.

Imbalanced theology is turning the masses into helpless victims who have no responsibility to “make their calling and election sure” (2 Pet. 1:10). Scripture admonishes men to seek the Lord while he may be found (Isa. 55:6). Further, we are told—“Examine yourselves and see if you be found in the faith” (2 Cor. 13:5). Sounds like Paul believed individuals should give diligence in confirming their salvation. All men are commanded to repent (Acts 13:5). Jesus Himself said, “This is the work of God, that ye believe on him whom he hath sent” (John 6:29). All these verses, as well as others, make clear that men are accountable and responsible to prepare for eternity.

Spurgeon, who held to the doctrines of grace, offered Christ to sinners and invited them to respond by coming to his vestry after his sermons to receive Christ. He counseled them to accept Christ on the spot. GASP! Charles Spurgeon preached for a verdict. He believed in Duty Faith—that all men are responsible to REPENT and BELIEVE. His church thrived with new converts being added continually.

Deformed theology promotes laziness, spiritual pride, and leaves the lost unalarmed and sound asleep with no fear of God, and no knowledge of the hell to which they are going. No wonder the low-energy, pulpit-parrots reap no harvest.

The Gospel must be proclaimed before it can be accepted. So we must preach the GOOD NEWS to everyone. All men are responsible to REPENT and BELIEVE that Christ died in their place. And some will be saved, when this Gospel is preached in power.