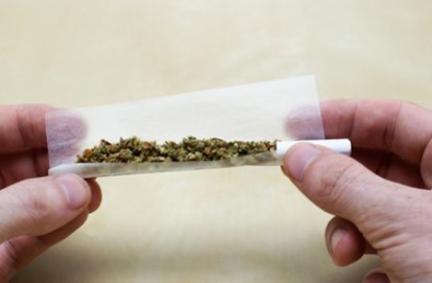 Okay. Now that more “Christian” Colleges have dropped the ban on alcohol and tobacco, what’s next?

Anyone familiar with the Bible knows that drunkenness is condemned in the strongest of terms. Scripture plainly states that drunks don’t inherit the kingdom of God (see 1 Cor. 6:9-10). Drunkenness and abuse are condemned in both Testaments.

Alcohol is legal in the U. S., so imbibing adults are not committing a crime. Now that marijuana is legal, will these religious institutions allow students to inhale “weed” in moderation, as well?

Permitting alcohol consumption is viewed by college officials as a sign of trust in the student’s ability to monitor their own behavior. Now that Pot is decriminalized in many quarters, will these colleges trust ministerial students to police themselves in this latest societal devolution? After all, these young people have to “find their way.” And God forbid that Christian schools or churches should fall back into “legalism”!!!

Calvin and Luther enjoyed spirits, so it must be okay—right? Calvin, the Protestant Pope executed his opponents and Luther’s antisemitism was used as justification for the Holocaust. So how come we never hear about their warts in modern Christianity? Whatever truths the reformers recovered are appreciated, but no one is infallible except the Godhead. Wisdom looks to divine principles for instruction, not fallible men.

So, could church youth groups use Pot Night as an evangelistic outreach? I went to a liberal church in the seventies where the churches sponsored dances, and even held a séance. Home-made wine was used in the Christmas play where I played Joseph. Momentarily, I lost my voice when the fruit of the vine met my dry vocal chords! So perhaps broad-minded youth leaders could limit the number of puffs per student? Or dilute the joints with organic spinach, or something? Anyway, cannabis was created by God so we can’t knock it, can we? Never mind those pesky scriptures which seem to restrict fleshly behavior. After all, we’re under grace, aren’t we?

Moody’s College spokeswoman, Christine Gorz, commented that this change of policy reflected a desire for a “high trust environment that emphasizes values, not rules.” One article noted that 40% of Evangelical leaders drink alcohol. Many Christian educators felt out of place with old-fashioned abstinence. They were embarrassed they could not fit in by drinking with friends. But now with this new-found freedom, they view drinking at academic conferences as a way to witness. So in order to avoid an accident, they appoint a designated driver. Talk about innovative witnessing techniques! We may have won cultural acceptance and respectability in education, but Truth and Holy Ghost power has been jettisoned in the process. This sort of stuff which passes for progressive spirituality smacks of the old liberalism with accredited degrees.

Most agree that alcohol is highly addictive, a menace, and a great danger. Proverbs states, “Wine is a mocker, strong drink is raging: and whosoever is deceived thereby is not wise” (20:1). Wise up. You will never become a drunk if you don’t drink. Think of the suffering which could have been avoided by heeding Solomon’s wisdom: loss of life because of drunk drivers, lost careers because of alcoholism, fatherless children whose parent died from cirrhosis of the liver, life-long disabilities because of needless accidents, the untold number of broken homes, and countless instances of sorrow caused by alcohol abuse. I know no families that have been improved by drink, but many that have been harmed.

Instead of touting Christian liberty, why not take the high road? Why dare put a stumbling block before weaker brethren? And why not safeguard yourself and family by committing to unquestioned sobriety?

As for Pot Night at youth group, that which was once unthinkable, may soon become an option. Stay tuned.