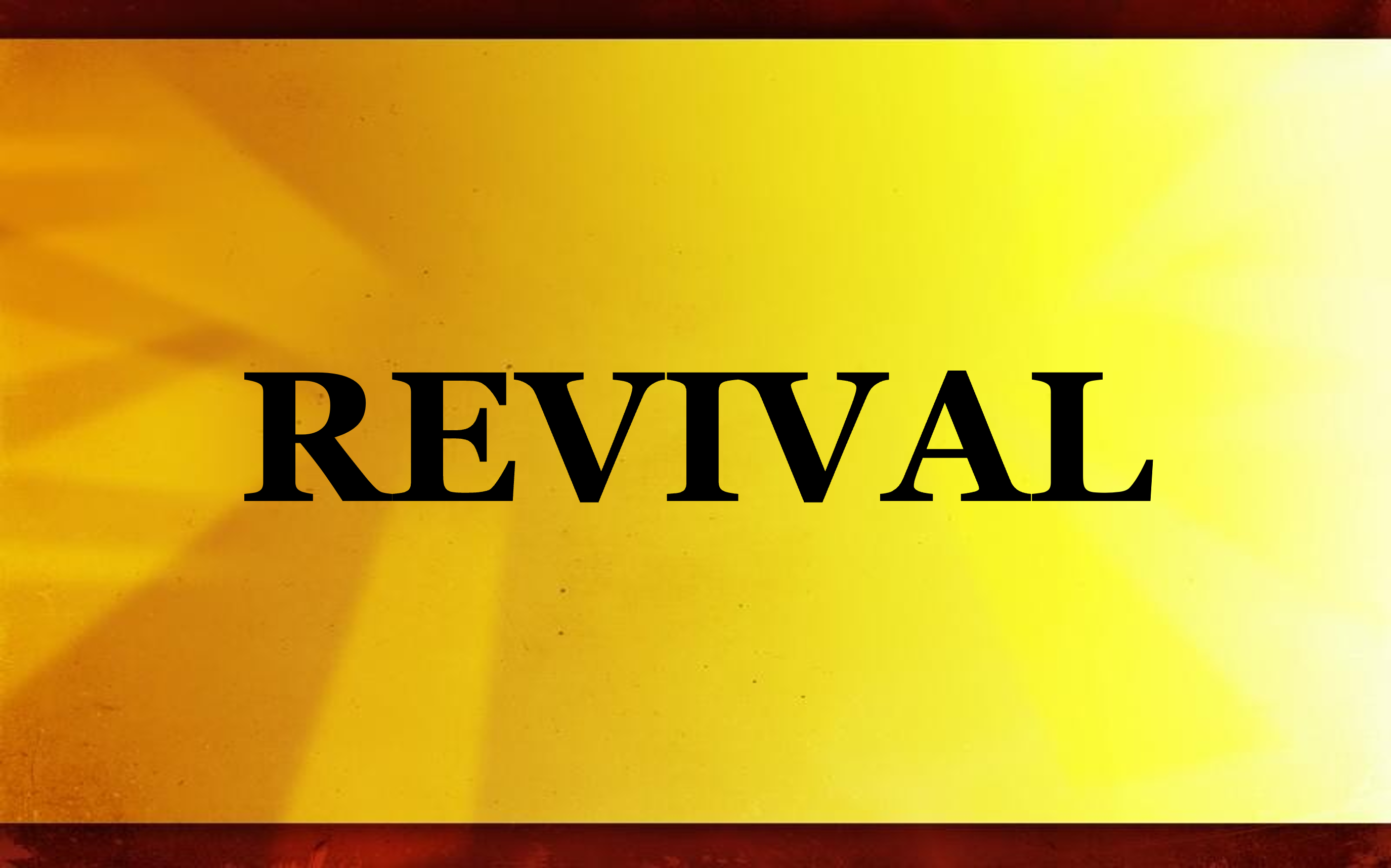 “Revival is not when churches change members, but when the Holy Spirit changes lives.” —Author Unknown

“Revival is that strange and sovereign work of God in which He visits His own people—restoring, reanimating and releasing them into the fullness of His blessing.” —Stephen Olford

When the Holy Spirit is outpoured, ordinary people do extraordinary things. Consider Peter who wilted under pressure at the crucifixion. After pledging undying loyalty, he was found cursing and denying that he even knew Christ. Afterwards he, along with the other defeated disciples, spent ten days in prayer. They were filled with the Holy Spirit and spoke the Word of God with boldness. The fire fell on Pentecost as Peter preached fearlessly, and three thousand souls were swept into the kingdom. What a difference when the Spirit of God is resting on an individual or group of people. Down-to-earth people can have experiences that are out of this world!

When God’s people humble themselves under heavy conviction, they are energized to obey God. No price is too great to get thoroughly right with God and man. The spirit of brokenness results in confession and repentance. People are compelled to act no matter the cost. Often some key obedience is the trigger that releases the heavenly power among the larger group.

A young pastor emphasized the authority of the Bible to his congregation and the importance of following its precepts. Within the church leadership was a “turf-shepherd” who exercised a controlling grip on the church. This man had an open hand in manipulating church affairs for decades as the silent sheep offered no opposition. It got to the point that the new pastor was compelled to confront this man. He went and challenged the erring brother to repent. Following the pattern found in Matthew 18, the pastor again confronted him along with another man. They informed him if he failed to repent, they would have to comply with Scripture and bring the matter before the church. [The design in church discipline is not to kick people out but to bring them to repentance.] As difficult as it was, these courageous men brought the situation before the church. They handled it in a humble, godly manner. At length, the congregation had to shun this erring brother. While extremely difficult, this event was a milestone in freeing up the atmosphere so God could come in power.

Prior to this revival, another incident occurred in this local church as the men and women were segregated and praying for revival. A deacon shouted out in one of these meetings, “Men, stop praying!” The church had erected a fence to keep the neighboring farmer from driving his tractors and farm implements across their parking lot. They did not want the gravel in the parking area disturbed. After interrupting the prayer meeting the deacon said to those who had gathered, “Here we are praying for revival, but we are more concerned about the gravel in the parking lot than our neighbor’s soul who is on his way to hell. I believe we should go and tear the fence down!” Those present heartily agreed, stopped praying, and went out and ripped the fence down. It was actions such as these that preceded the revival.

This meeting extended and went on night after night with tremendous force. Astounding victories were won. Unbelievable testimony meetings lasted far into the night. The impact was far-reaching and long-lasting. I am convinced that nothing significant would have happened apart from the pastor and the deacon who both did their duty by responding to the promptings of the Holy Spirit. Obedience brought incredible blessing!

Often there are key situations in churches that hold back the blessing of God, and not until these “keys” are acted on does God unleash a tremendous force that empowers His people to clear up lesser issues.

Revival is when an individual, church, or community becomes saturated with God. When this takes place, the consequences are unpredictable. You never know how a divine interruption will play out.

A church had invested thirty days in prayer preparation prior to a scheduled meeting. Great interests had been aroused by hearing of the way God had worked in another area church. Two young girls had been recently converted. Without any prompting or suggestion from anyone, these two girls felt impressed to pray through the services. Nightly they took their place on the watchtower while the services were conducted.

The afternoons were set aside for prayer. Fifty to sixty people from this small town attended these gatherings. In one of the afternoon meetings a man blurted out, “Lord, I am willing to do anything to get right with you—even if I have to go to jail!” I vividly recall how God’s searchlight was shining into our hearts. No one was curious as to why this man might be incarcerated because we were all preoccupied with our own sins. It was a day of God’s power, and the people were willing!

Two years prior this congregation had experienced an ugly split. God was speaking to the leaders, who began to pray about reconciling with those who had left. It was decided to send a delegation to their midweek service to ask forgiveness for wrong attitudes, wrong words, and wrong actions. The next evening hearts were thrilled when the mission to reconcile was announced as a success. It is almost impossible to adequately describe the eagerness with which people seek to comply with God’s will in these heightened seasons.

A further illustration is seen in the Canadian Revival, which was one of the many awakenings God sent in the early 1970s. As people surrendered fully to God, they were anxious to make amends. The manager of a fast-food outlet called a nearby church and requested a public announcement be made during the evening meeting; “All teenagers who have stolen items from the vending machines at this outlet are hereby forgiven. Please do not come to try to pay us. There have been so many confessions; we do not want to take time to hear any more. You are forgiven. Thank you.” The community was taking note that something unusual was taking place.

God was at work in a small church in Tennessee. Afterglow meetings lasted far into the night as Christians testified to the liberating work done in their own hearts. A deacon, who happened to be an appliance repairman, was deeply affected. He drove hours to ask forgiveness of his sons for his lack of parental leadership during their childhood. This man was on a mission to clear up every one of his wrongs. He visited a woman who used to attend his church and asked her to forgive him. Five years prior he had promised to come to her home and repair her television, but he had never fulfilled his promise. Somehow this weighed heavy on his mind, so he went to make this right. Unknown to him, this was one of the excuses she used to stop attending services. I will never forget the night when she came into the meetings. There she stood in the after service and said, “I have had such bitterness in my heart toward some of you, but I am here to ask you to forgive me.” She was restored and revived! Her unsaved husband came the following night to see what was going on because of what he witnessed in his wife.

Through the centuries, God has used revival over and over again to awaken His people. Then He has used His revived people to impact others in profound ways.