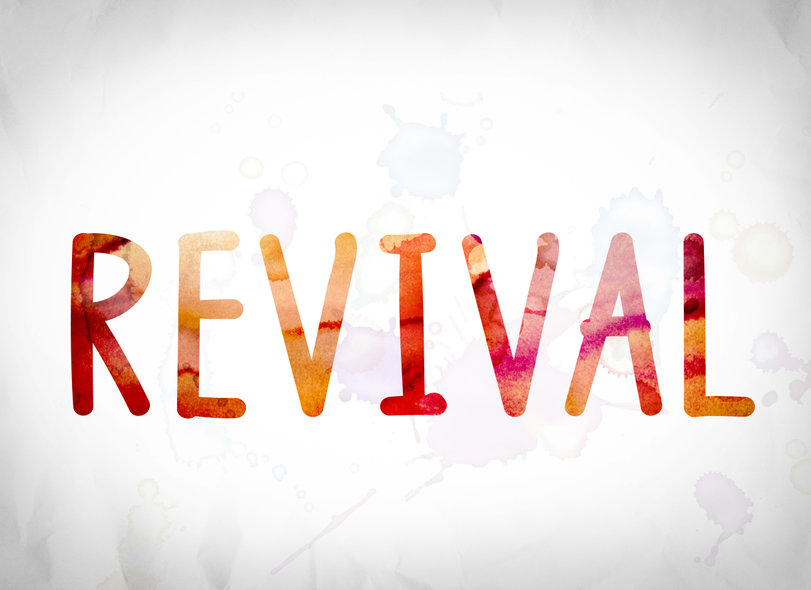 “Revival is a sovereign, sudden, selected, sensational operation of the Spirit of God, descending in the midst of prayer, which produces purity and reaches the perishing.” —Ken Connolly

“Prayer has been spoken of as that moment when earth kisses Heaven. This is an expressive way of indicating the precious fellowship we have with our Father above. . . . And what is revival but Heaven kissing earth with its richest blessing? In prayer, we draw nigh to God. In revival, God draws near to the church and to the world.” —George A. Palmer

The topic of revival is of profound importance in our day. The lateness of the hour coupled with the impotence of contemporary Christianity press upon us the desperate need for a divine visitation.

All kinds of things pop into the minds of Christians when they hear the word revival. Many think the word revival is merely another name for a series of special meetings. Others associate revival with a large number of people getting saved. For others the word conjures mental images of people doing strange things such as barking like dogs, laughing like hyenas, or convulsing uncontrollably. Still others relegate revival to a bygone era when God actively worked in a widespread, powerful way.

At the outset, therefore, it’s necessary to define the term revival. As stated in George Palmer’s opening quote, revival is when Heaven kisses earth. It’s a season when God’s nearness overshadows all earthly considerations, and the awareness of God is so overwhelmingly real that nothing else matters.
A man saved during the throes of a revival movement in the Scottish Highlands testified, “Something touched me where words failed to reach me.” An unexplainable force got through to his heart when reason and logic failed. The days of heaven on earth profoundly touch believers at the living level of their lives, and ultimately, it spills over when the unsaved are converted.

The Meaning of Revival

The psalmist cried, “Wilt thou not revive us again” (Ps. 85:6, emphasis added). The primary meaning of the word revival in the Old Testament is “to recover,” “to restore,” and “to return” to God and His standard. The Greek word for revival means “to stir up or rekindle a fire, which is slowly dying” or “to keep in full flame.” The prefix re- stands for “again,” and vive means “life.” Simply put, revival means “life again.” Jesus identified Himself as “the life” in John 14:6, so revival could actually be taken to mean “Jesus again.” Vance Havner summed up the term when he said, “Revival is the church falling in love with Jesus all over again.”

The concept of revival is primarily associated with giving life to God’s people, no matter how feeble that life may be. Reviving something that is dead is impossible, but existing life can be revitalized. For example, the world cannot be revived because it is “dead in trespasses and sins” (Eph. 2:1).

Revival, as a church-word that applies only to God’s people, denotes resuscitation, rekindling, and restoration. “Wilt thou not revive us” refers to those people already in a covenant relationship with God who have suffered an eclipse in their obedience. Revival is God’s gracious arousing of His slumbering saints and returning them to Spirit-filled living.

Though revival directly affects only God’s people, its implications impact nonbelievers as well. The powerful overflow of revival that results in the conversion of a sizeable number of people is known as an awakening. An awakening is the result of God’s power being unleashed through His revived church. A study of historic revivals reveals that many people came to saving faith in Christ in the wake of revival. But let me be clear—evangelism isn’t revival but its outcome.

As I’ve said, in many people’s minds the term revival, unfortunately, is synonymous with holding special meetings, which may produce new converts but leave the congregation unchanged and unmoved. Experiencing evangelism without revival is possible, but revival always produces evangelistic zeal. When a person’s heart is in tune with heaven, he will be like the Master and “seek . . . to save that which was lost” (Lk. 19:10).

Arthur Wallis sheds light on this subject. “Revival is God revealing Himself to man in awful holiness and irresistible power. It is God’s method to counteract spiritual decline and to create spiritual momentum in order that His redemptive purposes might be accomplished on earth.”

A fresh encounter with the living Christ brings a baptism of compassion to revived souls.

The Source of Revival

Notice Who the psalmist appealed to—“Wilt thou not revive us again” (Ps. 85:6, emphasis added). He appealed directly to the Lord not with a request for help but with a prayer that God would personally intervene. Gardiner Spring said, “Revivals are always spurious when they are got up by man’s device and not brought down by the Spirit of God.” When Heaven kisses earth, it exposes stunts, gimmicks, showmanship, and entertainment for what they are.

In Genesis God “breathed into [Adam’s] nostrils the breath of life; and man became a living soul” (2:7). Adam’s body was only a lifeless clay pot until God animated him. The breath of life, which comes directly from God, is a force consisting of desires, drives, and appetites. God’s breath brought life to Adam. Man did not evolve; the Creator, who is the only source of life, created him. Just as God is the starting place of life, He is the reanimating life Giver through revival.

That wonderful prophecy of Israel’s rebirth in Ezekiel 37 illustrates this point. The hand of the Lord carried the prophet Ezekiel into a valley and told him to prophesy to “very dry” bones. When Ezekiel preached, the bones came together with “noise” and “shaking.” Flesh appeared on the bones, but they still lacked breath. “Then said he unto me, Prophesy unto the wind, prophesy, son of man, and say to the wind, Thus saith the Lord God; Come from the four winds, O breath, and breathe upon these slain, that they may live. So I prophesied as he commanded me, and the breath came into them, and they lived, and stood up upon their feet, an exceeding great army” (Ezek. 37:9–10).

Sadly, scores of church congregations are as lifeless as these dry bones. Only God can bring life again to those who once enjoyed His presence and power. Only Jesus, who raised Lazarus from the dead, has the power to resurrect those who have flat-lined spiritually. A fresh encounter with the living Christ energizes sluggish believers.

The Object of Revival

“Wilt thou not revive us again” (Ps. 85:6, emphasis added). The psalmist petitioned God for himself and his associates, asking God to grant new life again. From this verse we learn that prayer is the means of revival, God is the source of revival, and we are the object of revival.

Robert Coleman said, “Revival is that strange and sovereign work of God in which He visits His own people, restoring, re-animating, and releasing them into the fullness of His blessings.” Chapter Four, “The Parameters of Revival,” offers a description of the five levels of revival. The scope may vary, but revival is nothing less than a fresh encounter with the living Christ.

For God to work in our hearts, a “breaking up” of the hardened soil must come first. One person said, “We are trapped in a shell of self.” To escape this prison of self, this breaking must occur. Once this shell is broken and the heart is sensitized, the next step is the “breaking down” of our resistance. With hindrances swept aside, a “breaking through” in prayer comes next. We’re not even capable of praying on our own, “for we know not what we should pray for as we ought: but the Spirit itself maketh intercession for us with groanings which cannot be uttered” (Rom. 8:26). At this stage praying in the Spirit becomes possible.

The culmination is the anticipated “breaking in” of the Holy Spirit in power. One explanation of revival is a “divine disruption.” A God-focus replaces a preoccupation with self. God delivers those revived from the bondage of self-centeredness and releases them to the fullness of a God-centered life.

Yes, we are the objects of revival. After God revives us, He in turn is able to work through us. J. Edwin Orr defined revival as “a movement of the Holy Spirit bringing about a revival of New Testament Christianity in the church of Christ and its related community.”

This chapter is taken from “Revival In Our Time – Outside the Box-Inside the Book!” by Harold Vaughan.